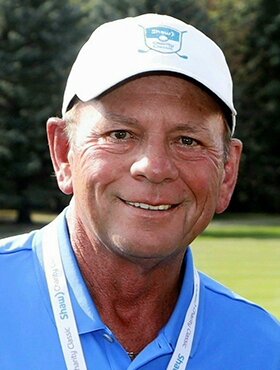 It is with heavy hearts, we announce the sudden passing of Sean Hyde, at the age of 68, after a brief but courageous battle with cancer.

Sean is survived by his beloved wife of 38 years, Wendy, and his children, Sean (Amy Stober) and Heather (Colin Jerse). He will be dearly missed by his siblings, Colleen (Allan), Erin (Blair), and Tim (Audra); and nieces, Delaney and Mari. Sean was predeceased by his beloved parents, Shawn and Teresa Hyde.

Sean was born in Victoria, BC, and was the first child of Shawn and Teresa. The family moved to Calgary in 1962, which became Sean’s home for 60 years until his passing. It was in Calgary that he met Wendy, the love of his life, while coaching women’s soccer. They married in 1984 and four years later they welcomed their son Sean and two years later, their daughter Heather. His family meant the world to him.

Sean and his business partner started Quality Tube Supply Ltd. in May 1989. This provided him with the opportunity to travel the world, meet many people, and build long-lasting relationships with customers, suppliers, and employees. After 33 successful years the business was sold, and Sean retired.

In his younger years, Sean was an active participant in many sports, excelling in hockey, soccer, basketball, and hurdling. As a young man, he began a career coaching various minor hockey and soccer teams, over a time frame spanning close to three decades. Sean also volunteered countless hours of his time with Bow Valley Hockey and served on the boards of Calgary Minor Hockey and Hockey Calgary. More recently, Sean took a lot of pride in volunteering for the Shaw Charity Classic at his home golf course Canyon Meadows.

Beyond family, work and giving back to the community, Sean was an avid golfer, who possessed a unique, effective golf swing known as the `Hyder Slider´. Sean enjoyed playing golf with his family, friends he grew up with, and all the great friends he and Wendy made as members of Canyon Meadows and Las Sendas. Needless to say, golf led to a very busy and enjoyable social life for him and Wendy. Sean followed many sports and was an avid Flames fan and season ticket holder dating back to when the team played in the Stampede Corral.

Although we feel Sean is gone too soon from our lives, we can take comfort in knowing he packed a lot of life into 68 years. Sean will be dearly missed by his family, friends, and all the other people he touched throughout his life.

The family would like to thank the medical team and staff in Neurology and Oncology, at the Foothills hospital for their compassionate care.

If friends so desire donations can be made to The Calgary Flames Foundation at https://calgaryflamesfoundation.com/donate/.

Share Your Memory of
Sean
Upload Your Memory View All Memories
Be the first to upload a memory!
Share A Memory
Send Flowers