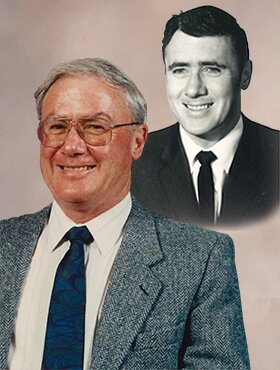 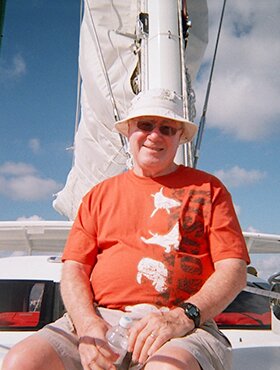 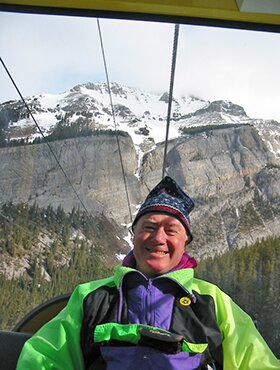 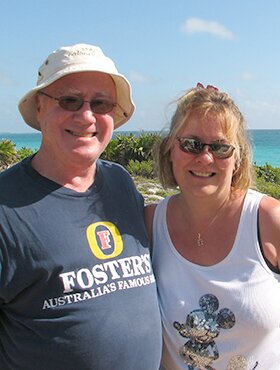 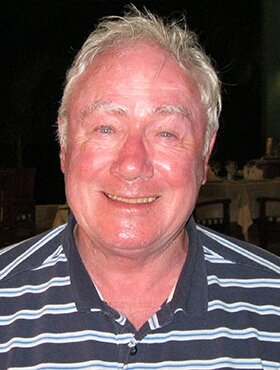 Stewart Alistair James Murchie was born September 22, 1938 in Belfast, Ireland. He moved to Canada as a young man, losing his Irish accent with time and eventually coming to call Calgary, Alberta home, where he cared for his ailing mother for many years. Stewart was a kind soul with a heartwarming smile and a wonderful sense of humour. He passed on November 13, 2022 at the age of 84 with his wife Sharon Ruth Murchie and his son Dr. Tyler James Murchie, by his side.

Stewart endured many hard years towards the end of his days grappling with debilitating chronic pain and growing dementia. But despite his burdens, he always retained his youthful spirit and joviality, finding humour in unsuspecting places.

Stewart served in the Royal Canadian Air Force for over 15 years during the cold war, based primarily in Baden-Baden, Germany and Québec. After retiring, he went on to work for over 25 years with the City of Calgary. In his fifties, he co-founded Murchie, Murchie and Son, Backyard Lounge Consultants, while still somehow finding time to become a home flooring professional, working with Rona and Home Depot among other post-post-retirement pursuits.

Stewart had a passion for keeping active with downhill and cross-country skiing, golfing at Silver Springs, and playing squash at Edgemont. He loved reading—Jurassic Park and spy thrillers by Tom Clancy were among his favourite novels. He loved dark beer and BBQ, especially when paired with watching golf tournaments. In his younger years, he spent much of his time fishing, and would often regale whoever would listen of his backcountry fishing expeditions while stationed at a radar base in Parent, Québec. He had many friends over his 84 years of life, although he sadly outlived most of them.

Stewart was a loving father who encouraged his son to follow his passions wherever those off-beaten adventures led. Stewart and his wife of 34 years, Sharon, built a beautiful home and life together. They loved many dogs over the years, and the family enjoyed much of their time together getting lost in film.

Stewart spent the last six months of his life at Bow View Manor. He never accepted his ageing body, which sometimes got him into retrospectively funny situations in the final years of his life. He was a young man at heart—getting old and passing away was never part of his life plan. He approached life with a lighthearted ease, no matter how discombobulated his hair may have been while out in public.

Stewart will be dearly missed and lovingly remembered by all those whose lives he touched—including Sharon, Tyler, Don, Bob, and Eva, among many others—with his gentle soul. With a heavy heart, we commit his body back to the cosmos for the cycle of life to begin anew.

As per Stewart’s wishes no formal services will be held. Condolences, memories and photos can also be shared and viewed here.

Share Your Memory of
Stewart (Stew)
Upload Your Memory View All Memories
Be the first to upload a memory!
Share A Memory
Send Flowers