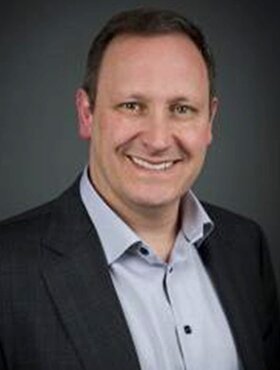 "You belong among the wildflowers

You belong in a boat out at sea

Sail away the hours

You belong somewhere you feel free"

It is with great sadness that we mourn the passing of Dr. Sean Christopher Grondin, aged 56.

Devoted husband of Cathy MacPherson and much loved and adoring father to Ben and Kate Grondin.

Born in Edmonton, Alberta on September 16, 1966, beloved son of Dr.'s Deirdre and Conde Grondin, loving brother to Sheila (Rocky) Lyons and Tanya (Shane) DeWitt, and uncle to Shelby and Drew Lyons, Kaitlyn, Mackenzie, and Chase Dewitt, and Sarah Worth. Loved son-in-law of Stan and Heather MacPherson and brother-in-law to Greg MacPherson and Alex MacPherson. Predeceased by dear sister-in-law and friend Suzanne MacPherson.

Sean had a passion for his profession as a thoracic surgeon and has touched the lives of countless patients and families.

His training began at the Dalhousie University Medical School in Halifax, Nova Scotia, Canada. After finishing a general surgery residency at DAL in 1996, he completed a thoracic surgery residency at the University of Toronto and subsequently completed a thoracic oncology fellowship at the Brigham and Women’s Hospital in Boston and a master’s degree in Clinical Effectiveness at the Harvard School of Public Health. In 2000 he finished a second fellowship in Minimally Invasive Thoracic Surgery at the University of Pittsburgh.

Sean began his clinical practice at Northwestern University in Chicago, but his strong Canadian roots drew him, Cathy and their two children back home to Canada in 2002. Sean would spend the next 20 years at the Foothills Medical Centre in Calgary, Alberta. First and foremost, Sean was a dedicated and skilled clinician caring for patients and families. He served in many leadership roles over the last two decades including Professor of Surgery at the University of Calgary and a four-year term as Academic and Clinical Head of the Department of Surgery for the University of Calgary and Alberta Health Services.

Life is more than work, and Sean knew that. Sean loved sport and played almost every sport at some point over the course of his lifetime. He excelled in soccer and hockey. During medical school Sean played Varsity Soccer and captained the Dalhousie University soccer team. A point of great delight and pride for Sean was that his son, Ben, also captained the Dalhousie soccer squad during his time as an undergraduate.

Dalhousie University became a special place for Sean and his family, with Ben graduating in 2021 and Kate in 2022 the Grondins were 4 for 4 DAL alumni. Halifax was a happy place for the family. A place of great memories and enduring friendships. Sean was always so grateful for his maritime friendships.

Sean loved his friends. He would speak of their strengths and what he loved about them. He gained so much with sharing time together.

Hockey and soccer remained a weekly part of Sean’s life. His soccer and hockey friends were so important to him. The physical outlet of playing and the special bond he had with his teammates provided the most wonderful escape from his day-to-day professional responsibilities.

Sean was an avid outdoorsman. He had great friends with whom he enjoyed many, many adventures which resulted in limitless stories, all worthy of numerous recounting.

Sean had friends from his early years who he considered to be his brothers. He felt so lucky in those friendships. He cherished them.

Sean was very active in national and international organizations. The friendships he made through his clinical practice and his many medical leadership assignments were among the most influential of his life. Not everyone looks forward to going to professional meetings; Sean did. He loved them.

Anyone who knew Sean knew he loved one band above all others: The Tragically Hip. He knew every lyric. He had a deep love for all things Hip and saw them perform countless times in arenas and dive bars. He would go wherever they played. Sean also loved a good bakery, a good beer, a good story, some good barbecue, a good long walk, and well-planned day trip.

To Sean family was everything. He loved and admired his parents and sought their counsel throughout his life. He called every Sunday. He was the most loving son. His childhood was full of fun and love. His sisters were the cornerstone of his young life. There was a lot of laughter and mischief. The stories are many and much joy was taken in the retelling over the years. His sister Sheila was a tremendous support to Sean and a confidante throughout his entire life.

Nothing was more important to Sean than his wife and children. They were his world. Sean loved and adored Cathy, he was in awe of his children. The ease with which Kate moved through the social world. Her enthusiasm and quick wit. Ben’s competitive drive, intelligence, and athleticism. And in both he admired their core kindness. Sean absolutely adored his family. There are so many amazing family memories of trips and adventures – some of the best having been with other families who were as much family as friends.

Sean was a master surgeon. The field has lost a great clinician. Sean was a wonderful friend. We know there are many who are mourning that friend. Sean was a loving, deeply devoted family man. We will miss him every day and we will cherish the time we had. The lives of those who love him will be changed forever. We know we are better for having had him in our lives and he will continue to be with us in many ways.

We love you, Sean.

And maybe then we'd talk

And listen to our thoughts

With illusions of someday

Cast in a golden light

This is our life

Ahead by a Century, The Tragically Hip

Condolences, photos, and memories can be shared and viewed here.

A scholarship fund will be set up sometime in the near future. Details to follow.

Share Your Memory of
Dr. Sean
Upload Your Memory View All Memories
Be the first to upload a memory!
Share A Memory
Send Flowers