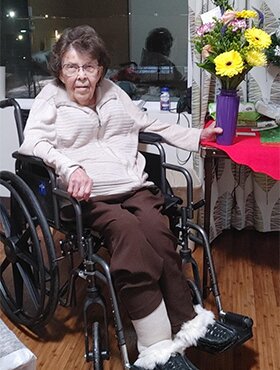 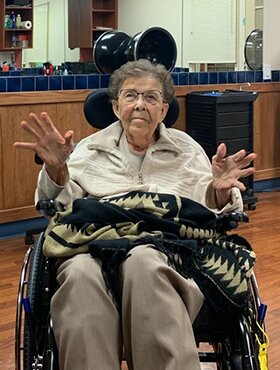 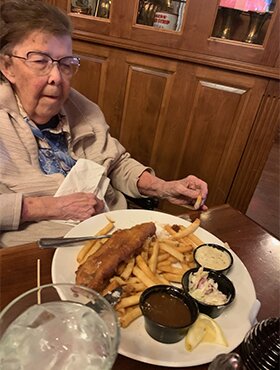 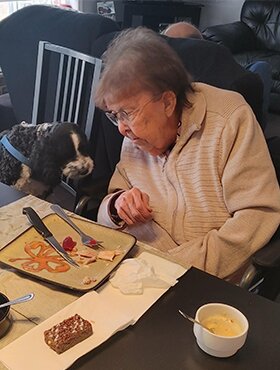 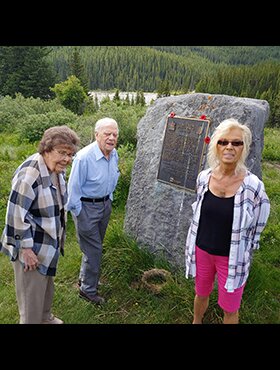 Joan was born in Toronto, on December 10, 1936, and spent most of her early married life in North Bay, ON, and area. Although, mostly a homemaker, for many years she raised a large herd of sheep, mainly on her own, at the family’s farm near Callander, ON.

Joan married Norman Leonard Kendrick in Toronto, ON, in 1956. They both moved to Calgary, AB, in 1990 to be closer to their sons.

Joan was a very proud mom that adored her four sons Jeff, Wayne, Stephen, and Glenn, and was a loving grandmother of six children, Heidi, Trisha, Thomas, David, Sage, and Sebastian; and four great-grandchildren, Elina, Asha, Elayes, and Sully. Although she did not get to see them as often as she wanted to, she was proud of the young people they are growing to be.

Joan never missed an opportunity to play cards and was a wizard at crib, she never missed an invitation to go to the casino or Stage West with her friends. She also loved to do complex puzzles and enjoyed watching horror movies, the scarier the better she used to say. Joan loved to go on day trips to the mountains and have a picnic in the beautiful surroundings of our mountain parks. She also loved food, especially things that were covered in cheese sauce, and going to Red Lobster, whenever she could.

Joan’s little canine friend Oliver will miss her sneaking little treats to him under the dining table, he loved his Grandma Joan and was always very gentle yet therapeutic for her.

She will be missed dearly by her family, whenever anyone asked her how she was doing she would always say “I’m doing great”. We will all miss that phrase, and we will always try to have the positivity that she had every day of her life.

Joan is also survived by her brother Roger and his wife Heather, of Collingwood, ON, and other family members and friends found throughout Ontario, Alberta, and British Columbia. Joan was predeceased by her husband Norman and her sister Barb, from Vancouver.