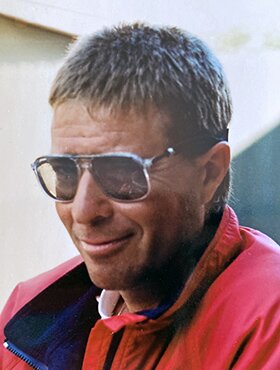 Rodney was born in Uranium City, Saskatchewan and grew up in Estevan, SK and Olds, AB. In the 1970s, Rodney’s parents moved to North Africa and Rodney attended High School in Europe. Once back in Alberta, Rod found his love of back country skiing, kayaking, fishing, and mountain biking. In his late twenties, he moved to the coast and was a Lighthouse keeper for 25 years where he spent his off time participating in his passions. Rodney retired in 2016 and moved back to the family home in 2016 from where he enjoyed many Alberta outings kayaking, fishing, cycling and back country skiing.

Rod was predeceased by his parents Van and Sirkka Tainio and his brother Tapio Tainio. He is survived by his niece and nephew, Jesa Tainio-Kapp (Kyle Kapp) and Teal Tainio (Aisha Smulders); his sister-in-law, Dorthea Rydholm; as well as distant relatives in Finland.

A Celebration of Rodney’s Life will be held (Park Memorial, 5008 Elbow Drive SW, Calgary, AB) on Wednesday, December 7, 2022 at 4:00 p.m. Condolences, memories, and photos can also be shared and viewed here.

A Celebration Of Life

Share Your Memory of
Rodney
Upload Your Memory View All Memories
Be the first to upload a memory!
Share A Memory
Send Flowers