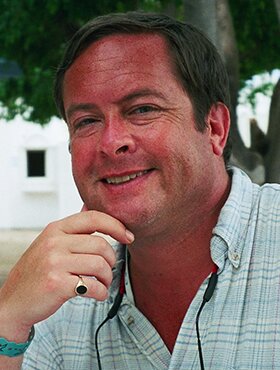 Glenn was born and raised in Calgary, the eldest son of the late Ted and Flora Allison. Glenn attended Elboya and Henry Wise Wood schools before advancing his education at the University of Alberta. Upon graduation from the U of A, Glenn followed in the footsteps of his grandfather and uncles into the world of tax and accounting until his retirement in 2018.

In his youth Glenn was an avid musician, sports and outdoorsman enjoying many years playing saxophone in both the Henry Wise Wood and Calgary Stampede bands. He had a passion for hunting, fishing, baseball, athletics, badminton, rugby, skiing, cycling and time in the backcountry. Days spent cutting first tracks at Kimberley, setting camp at Assiniboine, or dangling a fly in an Alaskan river were cherished.

He valued nothing more than friends and family; particularly spending time with them at the family’s Wasa Lake oasis, where he enjoyed more than 60 summers. Glenn’s greatest joy came in the spring of 1997 when he married the love of his life, Cathy. Together they forged a strong union and took on whatever challenges they faced. They travelled and cruised extensively, enjoying a wide and diverse community of friends. They would light up at the prospect of March Madness, the Briar, the Masters, heading to a Stamps game, the NFL pool, family gatherings, or simply being together.

Glenn took pride in his community and served it well through his 28-year volunteer association with the Calgary Stampede Parade Committee and as a board member of the Wood’s Home.

A celebration of Glenn’s life will take place at 2:00 p.m. on Saturday, January 28, 2023 at the Calgary Golf and Country Club (919, 50 Ave. S.W. Calgary, AB) If attending, please be mindful of the club’s dress code. Condolences, memories, and photos can also be shared and viewed here.