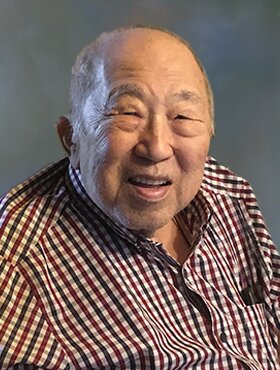 Mikio “Mike” Kitagawa, beloved husband of the late Amy Kitagawa (nee Teshima), of Calgary, AB, passed away on Saturday, November 26, 2022, at the age of 88 years.

Mike moved to Raymond, AB, in 1942 and later settled in Calgary, AB. He worked for Bestway TV and Appliances from 1965 to 2001. He will be most remembered for his generosity and his sense of humour.

Funeral Services will be held at McInnis & Holloway (Chapel of The Bells, 2720 Centre Street North, Calgary, AB), on Saturday, December 10, 2022, at 10:00 a.m. Reception to follow in the Hospitality Centre at the Funeral Home. Graveside Service to follow at 1:30 p.m. at Queen’s Park. Family and friends who are unable to attend in person are invited to join Mike’s service streamed live on the day of the service at www.McInnisandHolloway.com. For those who are unable to view live, a recording of the service will be posted. Condolences, memories, and photos may be shared and viewed here.

The family would like to extend their gratitude to Unit 112 at the Foothills Medical Centre for the great care provided to Mike in his final days.

If friends so desire, in lieu of koden and flowers, memorial tributes may be made to the Calgary Buddhist Temple 207 – 6th St. NE, Calgary, AB T2E 3Y1. E-transfer donation email: calgarybuddhisttemple@gmail.com.

Share Your Memory of
Mikio
Upload Your Memory View All Memories
Be the first to upload a memory!
Share A Memory
Send Flowers