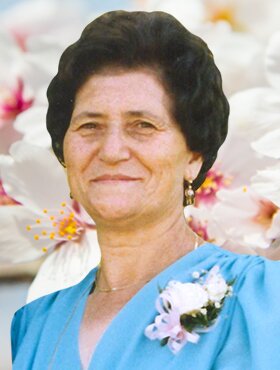 Maria Marra passed away peacefully on Saturday, November 26, 2022, at the age of 92 years. Maria was born in the small village of Fantino, a community outside of San Giovanni in Fiore, Italy. She immigrated to Canada in 1962 with her husband and three small children.

Maria will be fondly remembered for the love she had for her family, especially her grandchildren, and of course for her love of gardening, especially her prized tomatoes.

Those wishing to pay their respects may do so at Mary, Mother of the Redeemer Catholic Church (1714 14 Ave NE, Calgary, AB), on Friday, December 2, 2022, from 9:45 a.m. to 10:30 a.m. Funeral Mass will be celebrated at 10:30 a.m. Graveside Service to follow at Queen’s Park Mausoleum and the Reception will be announced at the Mass. Condolences, memories, and photos may be shared and viewed here.

The family would like to thank the staff at the St. Theresa Covenant Care Emergency Department and Unit 64 of the Foothills Hospital for their care and compassion.