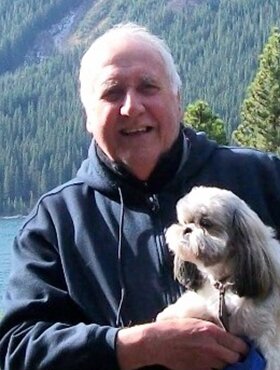 Bryan was born in Guiseley, Yorkshire, England on June 8, 1938, to Elsie, and Raymond Campbell. Bryan immigrated to Canada in 1966 with his first wife Gillian, and young sons Richard, and Jason. As a young man, he loved walking in the "Dales" and spoke fondly of his time in England. He loved the landscape, and always talked about the rolling hills and peaceful countryside. Bryan was conscripted to the Royal Air Force where he served three years. He found his skill serving the Air Vice Martial providing many formal military banquets, and dinners. After his military service he went on to culinary school, and eventually moved into hotel management.

Bryan entered a new chapter in his life on July 27, 1970, when he remarried Heather in Vancouver, Canada. He adopted Heather’s son John and had three more children, Haida, David and Hanna. Bryan studied the Bible and was baptized as one of Jehovah’s Witnesses in 1972. From that time on Bryan dedicated his life to encouraging, and caring for those in the congregation. He loved to talk about what the Bible teaches and give others hope for the future.

Bryan loved nature and observing creation. As a young man, he enjoyed jogging and a good game of cricket. Later in life he was an avid walker, and enjoyed daily walks in Fishcreek Park, rain, or shine. Bryan loved all animals but had a special place in his heart for dogs, he had many dogs over his lifetime and became very attached to each of them. Bryan loved music and played the trumpet as a young man.  He enjoyed big bands and made sure that music was always playing in the house.  Bryan had a dry sense of humour, and his wit continued to his last hours.

Besides his loving wife Heather, Bryan is survived by his daughter Hanna, and his sons and their families, Richard, and Dana; and their sons, Brandon, and Mathew; Jason, and Amy; and their daughters, Taylor, Jessie, and Angie; John, and Wendy; David, and Jodie; and their children, Nolan, and Clare. Bryan is also survived by in-laws, Rex, and Maureen Franklin; and his nieces, Holly, Tracy, and Andrea.

Bryan was predeceased by his parents, Raymond, and Elsie; and his daughter Haida Campbell.

Relatives and friends are invited to Bryan’s funeral at the Fairmount Kingdom Hall of Jehovah’s Witnesses (9110 Fairmount Drive SE Calgary AB T2J 4X5) on Saturday, December 10, 2022, at 1:30 p.m. Family and friends who are unable to attend in person are invited to join Mr. Campbell’s service streamed live on the day of the service through Zoom: https://us06web.zoom.us/j/87237391073?pwd=UkdoaS9hTkZXdUEydk1CL0VTQnhUQT09, Meeting ID 872 3739 1073, Passcode: 197793. Condolences, memories, and photos can also be shared and viewed here.

Share Your Memory of
Bryan
Upload Your Memory View All Memories
Be the first to upload a memory!
Share A Memory
Send Flowers