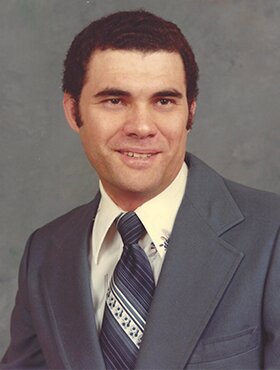 Michael was born in Port Maria, Jamaica, on February 6, 1951, and was a proud graduate of Campion College. He immigrated to Canada where he made many friends. He accomplished much throughout his life and was particularly proud of his children and grandchildren, his experience and knowledge of quality control and assurance in the beverage industry, his Catholic faith, and his Jamaican heritage. Michael also enjoyed volunteering at his daughters’ schools for numerous functions.

Michael had a passion for cars, singing, and listening to music. He enjoyed gathering with family and friends, cheering on the Calgary Flames, Calgary Stampeders, and Miami Dolphins. He loved to cook for his daughters, making the best chili and spaghetti. Whenever Michael had company, he would make the perfect cup of tea for his visitors. He will be remembered for his kindness, big heart, generosity, and always putting other people first.

Michael is survived by the mother of his children, Kareen Sanguinetti, three daughters, Rachel (Blake), Ashley (Leary), and Britany of Calgary, AB; two grandchildren, Anthony, and Nikolaus; and brother Alec of Pembrooke Pines, FL, as well as numerous nieces, nephews, cousins, and friends. Michael was predeceased by his parents, Ala and John Sanguinetti; and brother, John Sanguinetti.

Funeral Mass will be celebrated at Corpus Christi Parish (404 Northmount Place NW Calgary, Alberta) on Friday, December 9, 2022, at 10:30 a.m. A reception with speeches, tributes, and photos will be held immediately after the Funeral Mass at the Highland Park Community Centre (3716 2nd St NW, Calgary, Alberta). Family and friends who are unable to attend in person are invited to join Michael’s service streamed live (see below) on the day of the service. For those who are unable to view live, a recording of the service will be posted. Condolences, memories, and photos can also be shared and viewed here.

Michael would like to thank his friends and family that kept in touch and spent time catching up with him on his Sunday phone calls. The Catholic community supported him in life and is ushering him into the afterlife. “Sweet dreams and don't forget to say your prayers.”

One night I dreamed a dream.

As I was walking along the beach with my Lord.

Across the dark sky flashed scenes from my life.

For each scene, I noticed two sets of footprints in the sand,

One belonging to me and one to my Lord.

After the last scene of my life flashed before me,

I looked back at the footprints in the sand.

I noticed that at many times along the path of my life,

especially at the very lowest and saddest times,

there was only one set of footprints.

This really troubled me, so I asked the Lord about it.

"Lord, you said once I decided to follow you,

You'd walk with me all the way.

But I noticed that during the saddest and most troublesome times of my life, there was only one set of footprints.

I don't understand why, when I needed

You the most, You would leave me."

He whispered, "My precious child,

I love you and will never leave you

Never, ever, during your trials and testings.

When you saw only one set of footprints,

It was then that I carried you."