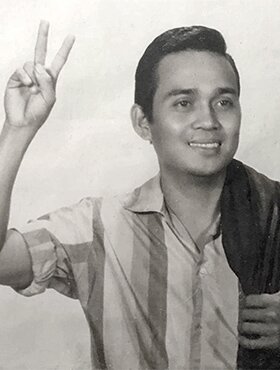 Juanito Samano, beloved husband of Clarita Samano (nee Capinpin), of Calgary, AB, passed away on Thursday, December 1, 2022, at the age of 84 years.

Juanito attended Far Eastern University and went on to join the Merchant Marines as a Seaman. Juanito accomplished much through his life and was particularly proud of becoming Vice Mayor of Laur in the 1970s.

Juanito loved watching his idols in Old Western movies and enjoyed hunting and fishing in his younger years.

Juanito’s most memorable vacation was a road trip through the United States with his family to see Disneyland and Universal Studios.

He will be most remembered for his generosity and kindness towards children, his sweet smile, and big eyes.

Share Your Memory of
Juanito
Upload Your Memory View All Memories
Be the first to upload a memory!
Share A Memory
Send Flowers