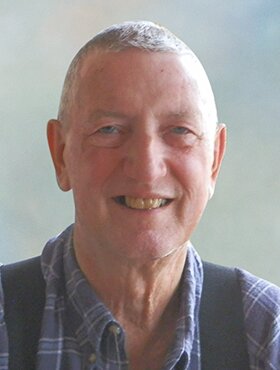 Harold Chamney, beloved husband of Sonja Chamney (nee Thompson), of Calgary, AB, passed away on Sunday, December 4, 2022, at the age of 76 years.

Harold had a passion for many activities, but he thoroughly enjoyed reading, baseball, as well as coaching his children’s and grandchildren’s baseball games. His most memorable vacation was when he went on a Panama Canal Cruise, as well as when he traveled to Ireland for a family reunion.

He will be most remembered for being such an amazing husband, father, grandfather, and great-grandfather.

Harold was predeceased by his parents, Margaret Irene Chamney (nee Simpson) in 1986 and Edward Bruce Chamney in 1982; brothers, Ronald Chamney in 1939, and Melvin Chamney in 2016; brother-in-law Allan Train in 2010, and grandchild Steven McGregor in 2012.

The family would like to extend a special thank you to the Renal Unit Nurses in the Special Services Building at Foothills Medical Centre.

Share Your Memory of
Harold
Upload Your Memory View All Memories
Be the first to upload a memory!
Share A Memory
Send Flowers