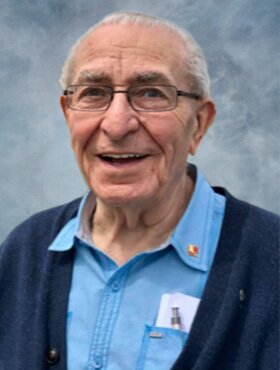 Keith Rodgers, beloved husband of the late Helen Marina Rodgers and Marguerite Blevis, of Calgary, AB, passed away on Saturday, December 10, 2022, at the age of 90 years.

Keith was born in Montreal, QC, on July 15, 1932. After his father died at the age of five, he and his mother moved from Pointe-Saint-Charles, QB to the small village of New Glasgow, QB.

His mother Edna Minnie Rodgers (nee Jones) remarried to Norman Nightingale. Norman taught Keith how to be a farmer, he told many stories of his days on the farm and tending the Belgium drafts and caring for the cows. He started his education in a one room schoolhouse in New Glasgow. Later on, he would spend his weekdays at High school, staying in a boarding house in Lachute, QB, always returning to the farm on weekends to see his mother, stepfather and stepsister Wilma Nightingale.

While in New Glasgow, Keith made friends and engaged in money making ventures, some a little dubious, with the village characters, Steve Vacaresco, Steve Bandi, George Kmeck, just to name a few. Keith always embraced the entrepreneurial spirit, from fur trap lines or tree harvesting to being the local pool hall sharks. Keith and his band of brothers were always happy to liberate money from someone.

Keith joined the Royal Canadian Navy in 1951 and was stationed in HMCS Sherbrook, NS, Canada, where he met and married Helen Marina Semark. He served on many ships, most notable were HMCS Magnificent, Canada’s last aircraft carrier, and HMCS Labrador, the first ship to circumnavigate North America

Keith married Helen in 1955, and they had four children, four grandchildren, six great-grandchildren. He married again after Helen passed to Marguerite Blevis and was embraced into their family, fostering an unbreakable friendship with Norman Blevis.

Keith accomplished much through his life and was particularly proud of his bridge playing and his awards and certificates, Kaufman million-dollar summit awards, and Certificate of participation for the Queen’s coronation to name just two.

Keith enjoyed cards and games, but he loved bridge.

Keith’s most memorable vacation was when he cut his thumb off while camping, but more recently his last trip to Montreal, where he saw and visited friends and places of his youth. One highlight for him was a trip to see he buddy Steve Vacaresco and his son George, another being a dinner and cards with his favourite nephew Timothy Brushett and the best driver in Quebec, Tim’s daughter Michelle.

Keith’s favourite saying was “my armies can handle anything,” when he didn’t feel well and more recently “it is what it is”. He will be most remembered for his love of cards, humour, and ability to flirt with anything in a skirt.

Keith was predeceased by far too many to name...