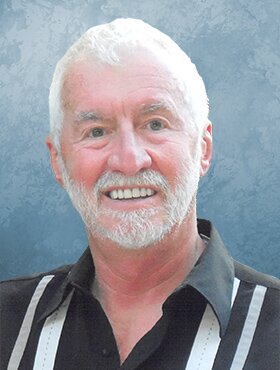 With heavy hearts we mourn the passing of the beloved patriarch of our family, Wayne John Krywko (aka Poppi), on Monday, December 12, 2022 in Scottsdale, AZ. We are heartbroken that Poppi will miss our Christmas celebration in Arizona when the whole family will be together for the first time since July 2019.

Wayne was born on June 30, 1940 in Edmonton, AB to Jean and John Krywko. He received his early education in Edmonton, and eventually attended the University of Montana in Missoula where he completed a BSc in Business Administration. After graduation, he returned to Canada where he met his future wife, Loy Langner. It was love at first sight and they were married in Vancouver, BC on December 30, 1966, during an unexpected snowstorm. Wayne and Loy began their married life in Edmonton where they happily welcomed Krysty, Daryn, and Celena to their growing family. They moved to Calgary in 1971, when Wayne began a new career as Owner/Manager of the Hotel St. Regis in downtown Calgary. Wayne put his heart and soul into this new venture and eventually added hotels in Hinton, AB and Victoria, BC. He was a lifetime member of the Alberta Hotel Association and served as Vice President and in various capacities on the Board of Directors during his forty-year career in the hotel industry.

Wayne was a loving and generous father and had a strong commitment to family. He enjoyed socializing and was a gregarious and affable host for many special gatherings in Calgary, Scottsdale, and on the shores of Chestermere Lake. He enjoyed golfing, skiing, and cycling; and was a charter member of the Corvairs Cycling Club in Scottsdale, AZ. Wayne had an easy smile, and was the king of snappy one-liners. He loved to joke and tell stories and was always interested in hearing the opinions of others, only when they matched his own! One of his favorite pastimes was watching his children play hockey, ringette, and softball – a tradition he continued with his six grandchildren whenever possible. His role as an attentive spectator took him all over North America; from coast to coast (Victoria, BC to St. John’s, Nfld) and most recently to Chappaqua, NY and Kearney, NE in the US.

A Memorial Service will be held at Congregational Church of the Valley, 12201 East Shea Blvd, Scottsdale, AZ on Friday, January 6, 2023 at 4:00 p.m. A Celebration of Wayne’s Life will be held at McInnis & Holloway (Park Memorial, 5008 Elbow Drive SW, Calgary, AB) on Friday, January 20, 2023 at start time 2:00 p.m. Reception to follow in the Hospitality Centre at the Funeral Home. Family and friends who are unable to attend in person are invited to join Mr. Krywko’s service streamed live (see below) on the day of the service. For those who are unable to view live, a recording of the service will be posted. Condolences, memories, and photos can also be shared and viewed here.

Share Your Memory of
Wayne
Upload Your Memory View All Memories
Be the first to upload a memory!
Share A Memory