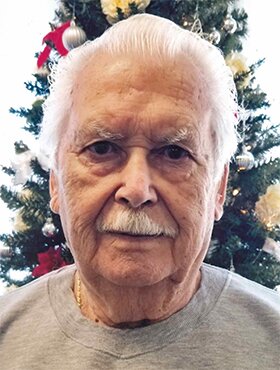 Tranquillo Furlan, beloved husband of Livia Furlan (nee Canonica) of Calgary, Alberta passed away on Tuesday, December 27, 2022, at the age of 97 years.

Tranquillo was born in Padua, Italy on July 23, 1925. He married Livia Furlan in 1947. He came to Canada alone in 1950 and sent money back to his wife and son in Switzerland where they built a home. In 1963 his family joined him in Canada, where they have lived ever since.

Tranquillo trained as a machinist at SAIT (Southern Alberta Institute of Technology) and worked for Curtis Hoover and Barber Industries. He worked in several mines and later, in the oil field.

Tranquillo accomplished much in his life and was particularly proud of his wife, Livia, for being a loving companion to him for 75 years. He's proud of his son, Valerio, for taking care of the family. Tranquillo was happy that his granddaughter, Nicole, is pursuing her second degree and that his great-granddaughter, Natalie, is doing well and is going to school.

Tranquillo had a passion for painting that he shared with his wife. He won many awards for his landscapes. He enjoyed playing cards and having family dinners. He was personable and loved sharing and making memories with the people he cared for. He stayed active swimming and walking around the neighbourhood with Nicole and their family dog, Bella.

Here is a compilation of some special words by Saint Anthony, who inspired Tranquillo:

To Father, Son may glory be
And Holy Spirit, eternally”

Tranquillo will be remembered most for his generosity, courage, and love for his family. Thank you to Livia, Valerio, Nicole, and Natalie for all their love and support over the years.

Share Your Memory of
Tranquillo Louis
Upload Your Memory View All Memories
Be the first to upload a memory!
Share A Memory
Send Flowers