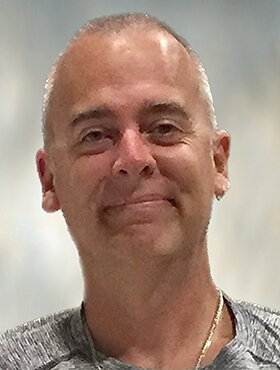 On December 28, 2022 our beloved Bill unexpectedly passed away at the age of 51 years. He was a joy and a blessing to his family and will surely be missed by everyone he knew. Our lives have been changed forever.

Bill was born in Toronto, Ontario on June 9, 1971 and lived most of his life in Scarborough.

Bill will be most remembered for his love for his family, his wicked sense of humour and his love of Star Wars, with Darth Vader being his favourite character. He had a passion for collecting Star Wars paraphernalia and building Star Wars Lego.

Bill also had an artistic flair for colouring and had filled many colouring books with the detailed strokes of his pencil crayons.

Bill is survived by his son David, parents Noel and Valerie, brother Peter and sister-in-law Muniza from Toronto, Ontario, sister Karen and brother-in-law Rick from Brampton, Ontario; as well as extended family. Bill was predeceased by his grandparents, William and Marian Walsh

There will be a service for Bill in Newmarket, Ontario in the spring with interment at St. John Cemetery in Newmarket.