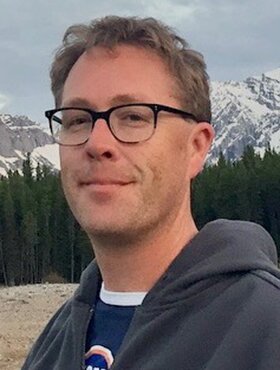 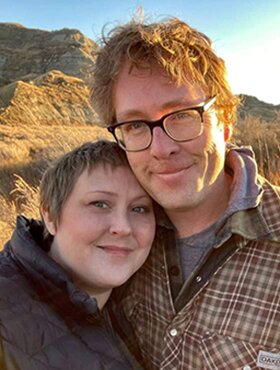 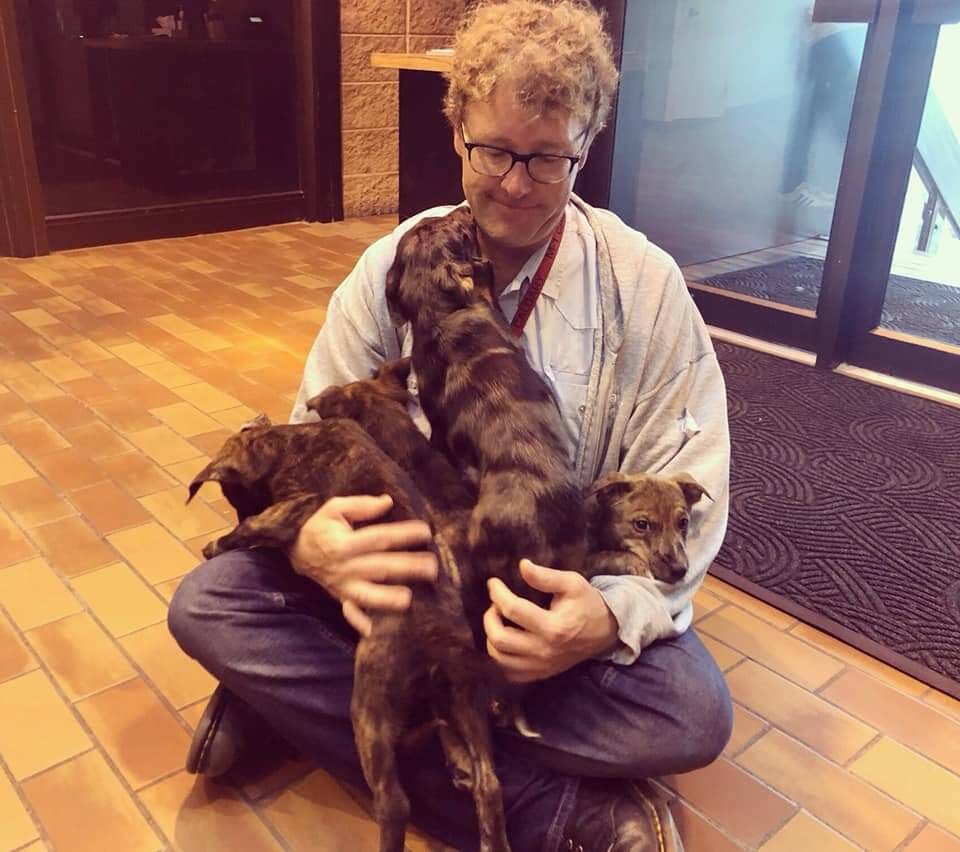 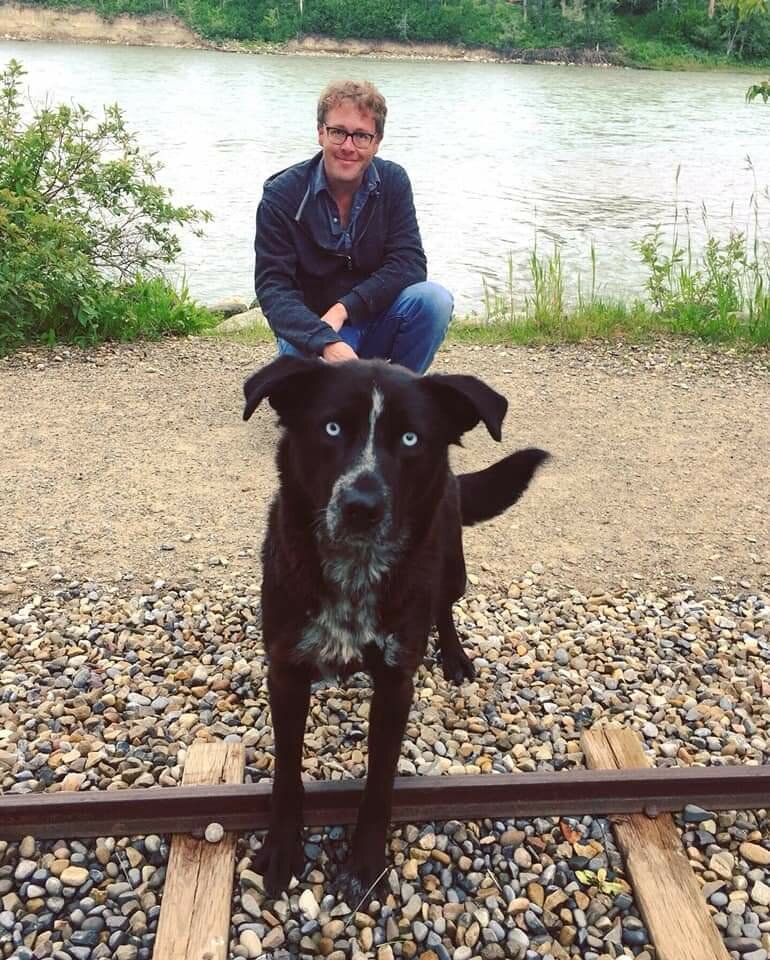 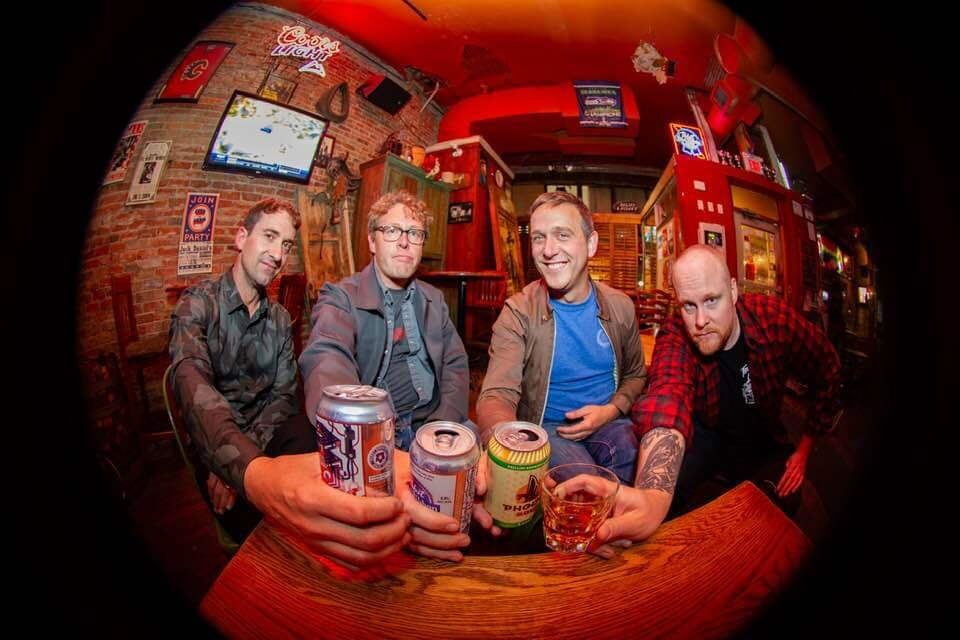 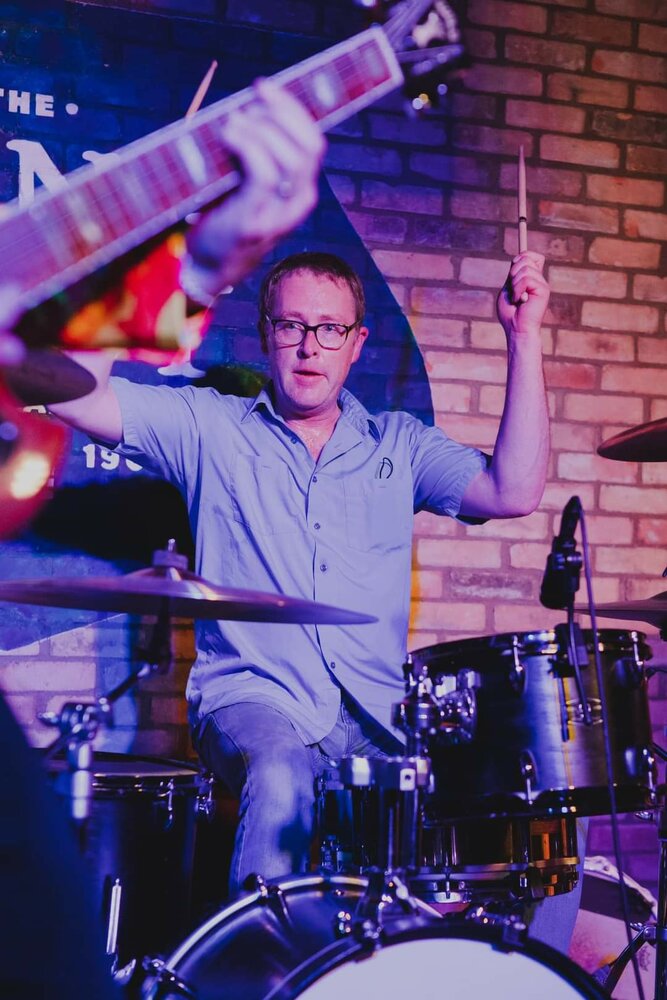 David Mark Alcock, of Calgary, AB, passed away unexpectedly on Sunday, January 1 2023, at the age of 47. Dave was a kind and gentle soul, beloved partner, son, brother, uncle, and friend.

Dave is survived by his loving partner Kimberly Getz, father Fred Alcock (Sylvia), siblings, Jon Alcock (Jodi) and Lindsay Alcock (Heather); and nieces and nephew, Gabrielle, Grace, Amiah and Lochlan Gregory-Alcock. He was predeceased by his mother Audrey Alcock in 2013, grandparents, Benno and Gertrude Gautier and Harold and Ethel Alcock.

Dave was adored by his current and former bandmates and fellow sound engineers and broadcasting technologists.

Dave had lifelong friendships from his time spent at Cochrane High School. He played trombone in the Concert Band and started teaching himself the drums. He would play for countless hours out in the workroom attached to the house in Bearspaw. His sister annoyed him with never-ending piano scales while the constant bass thud and clanging of cymbals drove her equally crazy.

He graduated from Cochrane High School in 1993 and later moved to London, Ontario to start a Diploma program in Audio Engineering at the Ontario Institute of Audio Recording Technology (OIART). Following his post-secondary schooling, Dave relocated back to his hometown and began an informal internship at Sundae Sound.

Sundae Sound recording studio was started in 1980, eventually to be co-owned by Rob Bartlett and Dave Horrocks, aka “Old Dave”, in 1991. Dave worked at the studio during the day and at night, he would use the graveyard shift to record bands. The recording prices were affordable at that hour and that was so helpful for new bands trying to launch their careers in the indie band music scene; “Young Dave” was born.

In 2001, Dave purchased Sundae Sound and moved the studio into the “Q Sound” facility in NE Calgary. He made the studio a less intimidating space and was a calming influence on the musicians. He never liked being in the spotlight and always felt like his favourite place was to be behind the console board or drum kit. He went on to record, produce, and play drums on countless projects from the late 90s and 2000s. The artists and bands he worked with included the following:

Cape May (with Steve Albini producing)

And many, many others

Dave continued operating Sundae Sound until 2011 at which time he went on to pursue further schooling and closed the business. Dave went back to school in 2011 and graduated from SAIT with a Diploma (honours) in Broadcasting Systems Technology. In 2012, he became a Certified Broadcast Technologist (CBT®) and started working for the next 10 years for Global News Calgary.

His time spent with the local Calgary band Chixdiggit were always treasured memories that Dave shared with his family and friends. He engineered their first record in 1996 called Chixdiggit on the major record label, Sub Pop Records. At that time, he was working with tape which is considered very old school now. He still has reels of tape in his archives (his basement) to this day. He then started touring with the band selling T-shirts in the late 90s and was later asked to play drums. Dave played at notorious rock clubs all over the world with Chixdiggit in front of big audiences. Lead singer K.J. Jansen agrees that Dave was “The Steady Beat” and the voice of reason while on tour.

Since 2015, he has played drums for Des Arcs (Travis Davies, Dave Anderson, and Mark Rudd) and they most recently performed at the Ship and Anchor on Sept 21, 2022. They have just completed a new record engineered by Lorrie Matheson and will release it in 2023.

David met his partner, Kimberly, in 2003. They first met at an Edmonton music venue called the Sidetrack Cafe, where Kimberly worked, and David’s bands often performed. The first night they met, they stayed up until almost 7:00 am talking and laughing near the venue because neither of them wanted to say goodbye. A few more nights like this and they both very clearly expressed a like for one another, but life sent them on different paths. In the years after, they both enjoyed the chance encounters at concerts and gatherings and wished each other a happy birthday every year.  They later admitted that they had crushes on each other from the moment they met. Kimberly insists it was love at first sight.

In 2017, a chance encounter on a music thread led to them exchanging numbers where they would end up talking for hours every day. Soon after, David (finally!) asked Kimberly on that ‘first’ date they always wanted to go on. After initially planning a conventional dinner date, they ultimately decided that a camping trip (the first of many to come!) was more their speed. They were soon inseparable. They had a knack for making their own adventures, particularly finding off-the-beaten-path camping spots. Kimberly and David equally enjoyed quiet nights at home, cooking homey meals together and watching nature documentaries with Aggie, their spirited and slightly eccentric rescue dog, as they did attending live concerts or local festivals with friends.

David quickly became an integral part of Kimberly’s family, who adored him as one of their own. He will be deeply missed by the Getz and Phillips families, particularly Kimberly’s nephew, Luke, who shared a special relationship with David due to them both having a keen interest in waterparks, board games, swimming in cold lakes, hiking random trails, going to museums, camping, and challenging Kim and her brother Aaron to a game of badminton.

For the past two years, David supported Kimberly through a life-threatening cancer diagnosis and significant post-treatment complications. David was by Kimberly’s side for every appointment, advocating for her care and offering unconditional love. David was adored by Kim's doctors who always praised him for his steadfast ability to handle hard situations while also showing compassion and dedication to Kimberly's health.  David was a significant support and comfort to Kimberly during this time, spending long days and nights caring for her in the thick of seemingly endless treatments and side effects. He was always there to give her those famous hugs, loving kisses, and gentle words of reason.

Kimberly is eternally grateful for the nearly six years of intense love she shared with David. She will always remember David for his incredible gentleness, kindness, intelligence, sense of humour, and compassion.

Please see the GoFundMe page to support Kimberly, as this would mean so much to Dave at https://www.gofundme.com/f/support-for-kimberly-getz.

Dave, our love for you is profound and our grief consuming. We will miss your moral compass and genuine compassion and empathy for everyone around you. We have many unanswered questions, but we know that your kindness has left this world a better place. You did everything you could and more. Your memory lives on in all the people you have touched along the way. Your legacy in the music community will last forever.

A Celebration of Dave’s Life will be held at Canadian Legion Branch 275 (755 - 40th Street SE, Calgary, AB) on Sunday, January 22, 2023 at 2:00 p.m.  If friends so desire donations can be made directly to www.buddyup.ca with the Centre for Suicide Prevention.

Condolences, memories and photos may be shared with Dave’s family here.