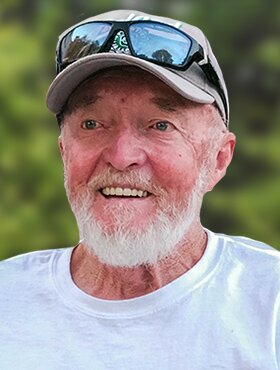 Mike was born in Cloone, County Leitrim, Ireland on August 22, 1947. He moved to London on his own in the early part of the 1960’s where he worked a variety of jobs. Including one of his first jobs as a ticket taker on the double decker buses.

Mike met a young nursing student named Mary O’Malley in 1967, she would be the love of his life and they were married in 1969. They had two children, Charles, and Michael, while living in London.

Mike and his growing family immigrated to Calgary shortly after Michael’s birth to begin a new life filled with exciting opportunities and adventures. They had two more children, Jason and Shane.

Mike worked in construction most of his life and had worked in all facets of construction, being able to build a home from the ground up. He took a lot of pride in anything he built.

Mike enjoyed spending time outdoors and in he early years the family spent a lot of time fishing and camping in the summer and skiing in the winter. As the children got older the family spent their vacations in Osoyoos, BC where they enjoyed boating and all kinds of water sports. Mike loved the road trips him and Mary would take to the US and they both loved their weekend trips to Las Vegas when time allowed.

Mike is survived by his four sons and three daughters-in-law, Charles and Brie of Calgary, Michael and Aleathea of Cochrane, Jason of Calgary and Shane and Beth of Cochrane. His seven grandchildren, Tristan (Madi) , Alexis and Kyla of Calgary, Piper and River of Cochrane and Rowan and Kaiden of Cochrane. Mike is also survived by his brother Gerard and sister-in-law Angela of Cloone, Ireland, as well as his nieces, nephews, and friends.

Funeral Services will be held at McInnis & Holloway (Cochrane, 369 Railway Street, Cochrane, AB), on Thursday, January 12, 2023 at 10:30 a.m. Reception to follow in the Hospitality Centre at the Funeral Home Graveside Service to follow at Cochrane Cemetery.  Condolences, memories, and photos may be shared and viewed here.