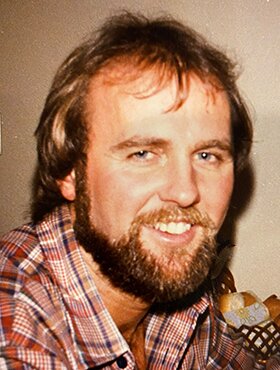 Edward (Ted) Waltho of Calgary, AB, passed away on Tuesday, January 3, 2023, at the age of 76 years old. He passed away peacefully and surrounded by his loved ones, after a year and a half long battle with pancreatic cancer.

Ted was born in Hornepayne, ON, on July 5, 1946, and moved to Calgary, AB, in 1984, while working with Shell Canada. It was in Calgary where he laid his roots, started his family, and remained for the rest of his life.

Through the years, Ted enjoyed fishing, golfing, playing cards, and spending time by the ocean. He eventually set up a home away from home in Saratoga Beach on Vancouver Island, where he spent most of the summers in his later years living the good life.

He lived a social life and thrived at parties, barbeques, and get-togethers with any number of his countless friends. Everybody loved Ted. He was incredibly easy to talk to, always had a smile on his face, never sat on the sidelines, and was always up for anything.

Above everything else though, Ted enjoyed spending time with his family, whether it was fishing with his sons, trick-or-treating with his grandkids, or attending the countless family dinners. He will be most remembered for his humor, smile, and positivity.

Ted is also survived by his four nephews, Don, Tom, Bob, and David of Toronto, ON, and his niece and nephew, Ron and Diane, of Saltspring Island, BC.

Ted was predeceased by his two sisters Phyllis and Joyce; his brother William (Bill), and his parents, Ivy and Philip.

Tax-refundable charitable donations can be made in Ted’s honor to either the Foothills Country Hospice, www.countryhospice.org/support-us,  or the Alberta Autism Society www.autismalberta.ca/donate.

Share Your Memory of
Edward (Ted)
Upload Your Memory View All Memories
Be the first to upload a memory!
Share A Memory
Send Flowers