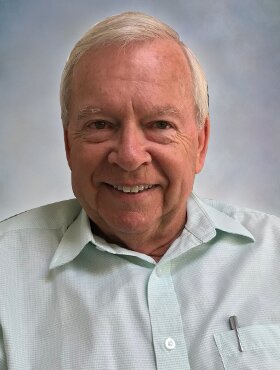 Keith was born in Ottawa and when he was seven his father took a position with the Canadian Armed Forces in Churchill, MB. Churchill became a great place to grow up and after graduating high school he moved to Winnipeg to continue his education and soon joined his family in Edmonton where he attended NAIT and worked until moving to Calgary in 1978.

His career in technical sales took him to many places and he made many friends. He remained in sales until 2020 when Covid forced his retirement. He had a passion for communication, politics, current affairs, aircraft, and old cars. He loved nothing more than a great conversation.

Keith is survived by his wife Audrey, stepson Brent Rogers and his partner Laura, as well as a very special granddaughter, Amara Rogers. He is also survived by his sister-in-law Judy Jenkins, niece Kimberly Leblanc (Neil) and family, nephew Brent Jenkins (Lauren) and family of St. Albert, AB, and numerous cousins and friends.

Keith is predeceased by his first wife Mary, his parents Charles and Dorothea, and brother Gary.

No formal services will be held, and Keith’s ashes will be interred at later date with his parents and brother in Edmonton. Condolences, memories, and photos may be shared and viewed at www.McInnisandHolloway.com.