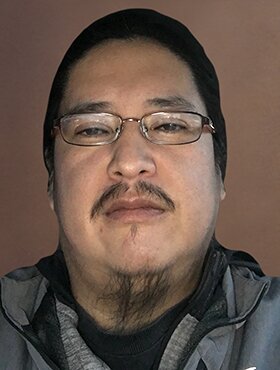 It is with great sadness that we announce the passing of Christopher Terrence Wesley on Saturday, January 7, 2023 at the age of 38 years.

Christopher is survived by his companion Mavis Cutarm, his cherished children, Terrance, Dylan, Myles, Sage, Christopher Jr.; and his stepdaughter Alisha, his mother Rebecca, his sisters, Kathy, Chantelle (Clint), and Karla; his brothers, Tristan, and Tyren (Latasha), his nieces, nephews, and grandchildren. He is also survived by his aunties, Madeline Wesley, Madeline, Muriel, Myra, Laura (Louie), Pam (Keon), Germaine, and Joleen (Hank); his uncles, Everette Wesley, Jackson (Brenda), Garnett Labelle (Miranda), Rudy Labelle, his cousins, and all of his little buddies. Christopher was predeceased by his all of his grandparents, uncles, George, Maurice, and Eldon, his brother Craig, and his father Myles.

Share Your Memory of
Christopher
Upload Your Memory View All Memories
Be the first to upload a memory!
Share A Memory
Send Flowers