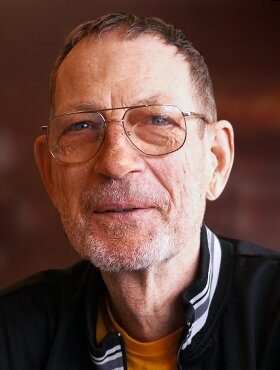 Bob grew up in southwest Calgary, AB, with his parents, Elvis and Mary and his sister, Dorothy. As a young teen he joined the Cadets and enjoyed the experience. He joined the Air Force as soon as he was able, serving in the USA, Africa, and Canada. He spent 25 years proudly serving his country and continued service, after his discharge, as a civilian contractor. Any spare time he had after work was spent in his yard, and garden, displaying his collection of antiques throughout the property, and preserving the food he grew.

After his retirement Bob and Diana moved to Calgary, AB, from Ontario where Bob took up serveral hobbies. From the start Bob became an avid cyclist, participating in the Golden Triangle bike tour several times. In later years he shortened his bike rides, keeping them to around 50 kilometers. Never one to give up something he loved Bob rode bikes to the end, enjoying rides closer to home on his e-trike, joined as always by his good friends Henning, and Don.

For several years Bob spent lots of time on his computers, creating freeware, and enjoying all the new technologies that have come about in the computer age. He then switched his focus to woodworking. He spent many hours in his woodworking room, building furniture, train sets, antique cars, and other novelty items. Bob combined his hobbies together by making YouTube videos of his projects, and different techniques he learned from the internet. He would also make video compilations of his bike rides on the Calgary, AB, bike paths, showing their beauty in all seasons. Another thing that piqued his interest over the years was food creation from start to finish including making bread by grinding his own wheat and making coffee by roasting his own beans.

A private gathering will be held at a later date.