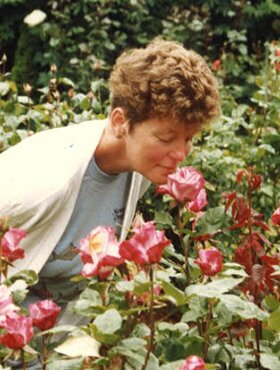 Inge was born in Solingen, Germany on August 14, 1939. Inge studied nursing then moved to London, England where she worked as a nanny then in a hospital. She moved to Canada in 1967 where she worked at Providence Child Development Centre in the infant unit for 25 years. She was then the loving nanny of Antony, Alexander, and Benjamin for dear friend Madelaine, as well as to the daughters of Sandy Brown, Bridget and Shannon for whom she showed the utmost love, patience, and kindness.

She was a loyal supported of the United Way of Calgary. Inge accomplished much through her life and was particularly proud of her daughters, Veronica, and Anne-Marie and grandsons Alexander, Christian, Charles, Noah, Ben, and Kye for which she always took time for, she was “Oma”, always pleasant, always happy.

Inge always enjoyed a latte from Starbucks, going out shopping, cooking, and working out.

Inge was predeceased by her parents, Charlette, and Karl Heinz sister Hannelore Killing of Germany.

Funeral Services will be held at McInnis & Holloway (Deerfoot South, 12281 – 40th Street SE, Calgary, AB) on Monday, January 23, 2023 at 6:30 p.m. Reception to follow in the Hospitality Centre at the Funeral Home. Condolences, memories, and photos may be shared and viewed here.

Share Your Memory of
Inge
Upload Your Memory View All Memories
Be the first to upload a memory!
Share A Memory
Send Flowers