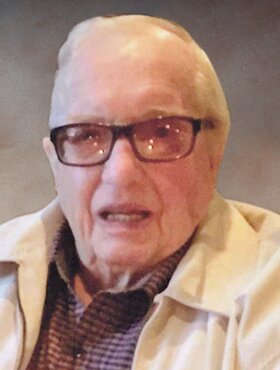 Kenneth Peterson, of Calgary, AB, passed away peacefully after a short illness on Friday, January 13, 2023 at the age of 93 years.

Ken met and married Barbara in 1957 in Toronto after she had recently arrived in Canada from England. They moved to Calgary, bought a home in Haysboro, and raised their two daughters, Coral Peterson (Leo) and Sherri Anderson (Paul. Ken and Barb enjoyed vacationing in Europe and all-over North America but fell in love with Vancouver and went every year until Barb’s passing in 2010.

Ken will be remembered for his sense of humour and his willingness to meet new people. He had recently moved into Chinook Age Care and was thriving with all the activities and making new friends. We would like to take this opportunity to thank all the caring staff and new friends at Chinook Age Care it really made a difference in the last couple of years of his life, and we are so grateful.

Ken is survived by his two daughters, Coral Peterson (Leo) and Sherri Anderson (Paul). He was predeceased by his wife Barbara in 2010, and all his siblings over the last 20 years.