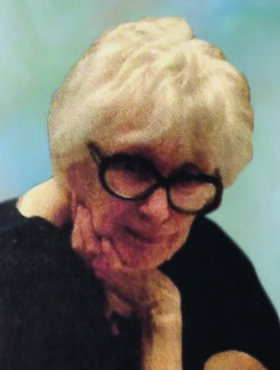 We are very sorry to announce that Thelma Dennis has passed away, at the astonishing age of 93 years.

Born and raised in Calgary, Thelma was predeceased by her parents Grace and Clarence, sister Evelyn Brown and brother Raymond Dennis. She is survived by sister Louise Gelinas and eleven nieces and nephews who all consider Thelma a beloved aunt famous for giving books for presents.

After high school, Thelma followed Evelyn’s example and won an Imperial Oil scholarship, enabling her also to attend the University of Alberta. She completed a Bachelor of Science in Household Economics in 1951 and then graduated from the Toronto General Hospital’s Department of Nutrition in 1952. She worked in Calgary for Shell Oil for six years. During this time, she bought the 1950s version of a video camera and filmed all family events for posterity and developed a life-long interest in photography.

After some serious career research, she decided to devote her life to education. She obtained a Master of Science in General Family Studies at Pennsylvania State University, majoring in Art History and graduating in 1962. This sound career move led to a full professorship in the Faculty of Home Economics at the University of Alberta, where she taught Interior Design until retirement in 1987. She was also Associate Dean for eight years.

Thelma travelled the world from the mid-1960s on and collected lovely artifacts from all over. Her year-long sabbatical in Japan in the early 1970s was especially enjoyable. In retirement she became a warmly loving influence on the young lives of great-nieces Alexis and Laura in Edmonton. She was fiercely independent and an entertaining conversationalist. She was avidly interested in many topics including politics and current events. She devoted much time to writing family histories that included photographs from our extensive family archives. She moved back to Calgary in 2002, continuing to throw elaborate dinner parties for friends and family. She will be dearly missed by all of us.

A Celebration of Thelma’s Life will be held at a later date. Condolences, memories, and photos can also be shared and viewed here.