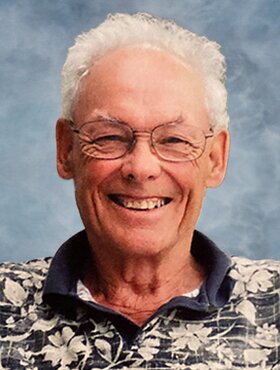 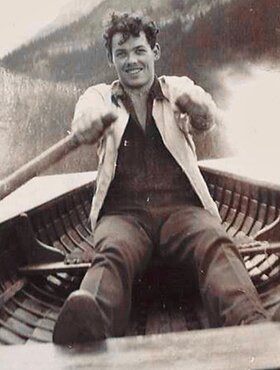 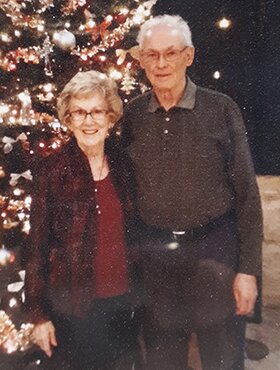 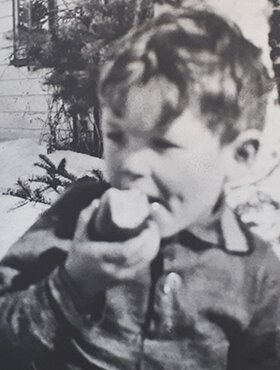 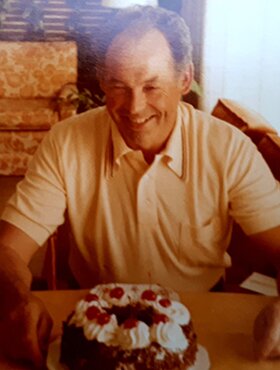 Keith Ferris of Calgary, AB, passed away peacefully in the loving company of his family on Sunday, January 15, 2023, at the age of 96 years.

Keith had a heart as wide as the great Rocky Mountains and rolling hills of Calgary where he built magnificently crafted homes through his company Keith Ferris Construction. He lifted the spirits of all who knew him with his handsome smile and optimism. Keith was the life of countless family gatherings with stories of his adventures with the Navy and generous advice on all matters related to home building, automobiles, and curling.

Born in Raymore, SK, in 1926, to Charles and Winnifred Ferris, originally from Newbury, England, the family moved to Calgary, where Keith attended Western Canada High School. He was a superb natural athlete who won city running events and later excelled at curling, golf, and legendary family bocce tournaments. Keith met the love of his life, Frances Ferris (nee Dannewald) at Bowness Park, in 1944, smitten by lovely Frances who was paddling on the Lagoon in a boat with friends. He gallantly drove Frances home in his Model T Ford, and he then followed her to the dances at Penley’s Ballroom. Their romantic courtship saw the usual long-distance separation during the war years when Keith served on a mine sweeper with the HMS Gaspé with the Canadian Navy stationed in Halifax. Keith and Frances were married in 1946, and they settled in Calgary to raise their family.

Initially employed as a master mechanic for McCoshen Van Lines, Keith was not only a jack-of-all-trades but a master with multiple talents. He built several family homes and eventually developed his own construction company. Keith was a meticulous designer and hands-on craftsman who would demonstrate to any crew under his watch how to build with precision and elegance. He mentored many young tradesmen who became part of his elite crew. They built finely crafted homes, and even though Keith never advertised his services, the waiting queue of eager clients was long through word of mouth for his services. Appreciative clients who lived in his homes, distinguished by grand vaulted ceilings and natural stone fireplaces, became lifelong friends.

Keith loved his work so much that he continued to build even after his so-called “retirement.” Fran worked as his partner by keeping the books and supporting him and the family while Keith worked long hours. Keith was a loving, caring husband, with a romantic heart who cherished his wife, daughters, grandchildren, and great-grandchildren. He played a shrewd hand of bridge, was a smooth agile dancer, and always had time for a laugh. “Don’t take life too seriously,” was part of his everyday philosophy, even while everything that he built, whether refurbishing an engine or building the elegant family sunroom, was precisely made.

Keith and Frances in their retirement years spent wonderful, memorable times on trips to Hawaii, New Zealand, Australia, Switzerland, and extended golf trips. Keith was an excellent curler in the Master’s League well into his 80s. Keith and Fran took their grandchildren and great-grandchildren on extended beach vacations. At home, their sunroom and deck were a beautiful space for family events, and they were the social heart of the extended family.

The family thanks the staff at the Foothills Hospital Trauma Unit for their kindness.