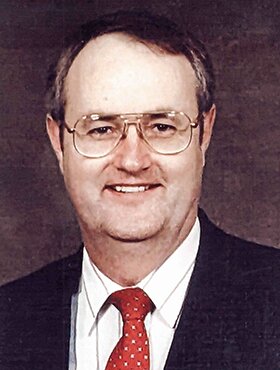 Douglas “Doug” Rowan beloved husband of Shirley Rowan, of Calgary, AB, passed away on Sunday, January 15, 2023, at the age of 76 years.

Doug graduated from Ryerson Polytechnical with a degree in Mechanical Engineering. He started his career with Carrier Canada and transferred to Calgary with Carrier in 1977. During his career he helped design the HVAC system for the Calgary Remand Center, and Devon Tower.  Doug retired in 2007 from SNC Lavalin.  Doug was very proud of building our home, which we lived in for over 34 years.  He volunteered with Uncles at Large for many years and participated in the 1988 Calgary Winter Olympics as a contractor.

Doug enjoyed designing and building, skiing, golfing, curling, playing bridge and horseback riding.  Doug’s favourite saying was “Always keep an eye on the big picture.”  He will be most remembered for always being there to build whatever you needed and making sure it outlasted the original.

Besides his loving wife Shirley, of 52 years, Doug is survived by his son, Christopher (Cheryl) of Calgary, and grandchild, Gage.  Doug is also survived by his two brothers Wayne (Maureen) of Tillsonburg, ON, Ron (Caroline) of Aurora, ON.

Doug was predeceased by his parents, Leila and Gordon Rowan, his sister Donna Ketteringham, brother-in-law George and his two horses, Beau and Comanche.

Many thanks to The Brenda Strafford Foundation (Cambridge Manor) and the Foothills Medical Centre for all their kindness and help during Doug's illness.

A private family service will be held at a later date.

Share Your Memory of
Douglas
Upload Your Memory View All Memories
Be the first to upload a memory!
Share A Memory
Send Flowers