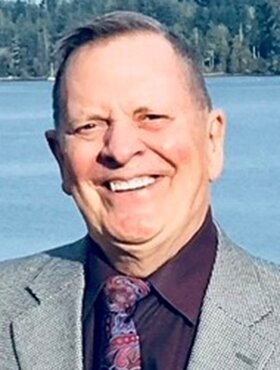 It is with heavy hearts we share the news of our dad’s passing on January 17, 2023 after a lengthy illness.

Bill grew up in the community of Elbow Park where he attended Rideau Park School followed by Central High (CCI). In 1960, he began his studies in education at the University of Calgary and graduated in 1964 to embark on a remarkable 35-year teaching career with the Calgary Board of Education.

As a youth, Bill was active in the Sunday school at Christ Church and with cub scouts in Rideau Park. He learned piano and often showcased his talents at sing-a-longs at both Sumner & Wray family gatherings. The Sumner family joined the Glencoe Club in 1946 which initiated a long-standing community gathering place and provided many social connections for Bill and his family as they enjoyed sports such as badminton, tennis, skating, swimming, fitness, and curling at the Club. Most recently, Bill enjoyed his daily ritual of water aerobics preceded by early morning gatherings for coffee with his Glencoe friends and his son Glen.

Bill met Joan Wray, a fellow education student, in 1960 at University of Calgary and they married in 1963.  They started their family in 1965 – Glen Linnell (Kate Wiley) followed by Laura Janine in 1966 (Simon Keogh) and Carolyn Joyce (Troy Robertson) in 1971. Bill and Joan raised their children in Lakeview and were active members of the Lakeview Community Centre and Lakeview United Church; and made many friends on Law Drive.

Bill began his teaching career (Math and Physical Education) in 1964 and retired as Vice Principal in 1996. He also achieved a Master of Education in Administration (Arizona State University) in 1982. The Sumners made many community connections during their short time in Tempe, and they spent many spring breaks visiting Arizona over the years.

Outside of teaching, Bill spent 65 years of summers working then owning his own food concession business.  His first venture, Colins & Sumner with his best childhood friend, Floyd Colins led to the creation of Billbrooke Concessions (1979) with his brother-in-law, Brooke Wray.  Billbrooke grew exponentially over the years and received numerous awards and recognition from the many fairs they attended, especially the Calgary Exhibition and Stampede.  Bill was also honoured by the Canadian Association of Fair and Exhibitions for his contributions to the industry. Bill sold his interest in the business in 2017 to his nephews Tyler and Matt Wray but remained involved as a valuable mentor and advisor up to and including the summer of 2022. Billbrooke employed many generations of family friends and relatives, often providing them with their first job. Billbrooke was one of the only concession stands at the initial iterations of the Spruce Meadows horse shows in the 1970s, and, as a result, Bill maintained a longstanding relationship with the Southern family.  Billbrooke was also awarded a presence at the 1988 Calgary Winter Olympics at Nakiska Ski Resort and Canada Olympic Park.

Giving back as a volunteer is one of Bill’s most impactful legacies.  His contributions were numerous and spanned decades of service. Bill was an active member of the Junior Chamber of Commerce (Jay Cees, awarded Wally Rowan Memorial Senatorship).  Bill held Board positions with Calgary Junior Colts (Football), Lakeview United Church, The Distress Centre (Mental Health Hotline), the Lakeview Community Association, and the Canadian Association of Fair and Exhibitioners.  He was a volunteer with the Calgary Winter Olympics (1988) and the Calgary Exhibition and Stampede’s Reception Committee (1982-2022).  He was a mentor to many through Alcoholics Anonymous and through coaching youth sports at schools where he taught.

One of his greatest legacies came from his longstanding involvement and contributions to the Rotary Club of Calgary at Stampede Park’s “Stay in School” program whereby underprivileged junior high students are selected, mentored and followed through their high school years. High School graduation is rewarded with financial support for any post-secondary path chosen by that student. The program became self-sustaining in recent years and has impacted more than 85 students since its inception.

Bill dearly loved and was extremely proud of his seven grand children, Sarah, Claire, and Madeleine (Glen Sumner), Julia and Charlie (Janine Keogh), and twins, Graeme and Joanna (Carolyn Robertson). Their “Papa” was very impressed with their passion for education and many athletic accomplishments.  He enjoyed cheering them on in their pursuits of swimming, running, soccer, hockey, and basketball, all grandchildren reaching high praise in their individual sport and receiving recognition of their athletic and academic performance through their high schools, USports and NCAA.  He always arrived with a “treat”, often a homemade banana bread or his favourite cheese buns, along with his endless teasing and silly antics.

Bill valued family and enjoyed a life filled with many traditions – family and school reunions, Sunday dinners, carol sings, skiing, curling, Quebec Carnival, Teacher’s Convention, CAFE Conventions, time at Heavenly Daze, and with gourmet club and the Lake Windermere crew.  He was fortunate to enjoy the company of many nieces, nephews and cousins. Special mention to the Wray boys (Matt, Tyler, Shawn) who were a big part of Billbrooke Concessions and a source of Bill’s joy throughout his decades of summers in the business.

You could not have a conversation with Bill about sports without talking about the Calgary Flames (he was an original season ticket holder), the Bruins and the Packers. He was a loyal supporter and contributed to their financial success by purchasing franchise gear and paraphernalia for himself and his family members.  He also enjoyed Calgary Stampeder Football and many annual Grey Cup celebrations.

In the 1980s and 1990s, the Sumner family co-owned a property on Lake Windermere, where they created lasting memories with family and friends often over the Holiday Season. Panorama Ski Resort was an enjoyable winter destination for many years.

Bill is grateful for his companionship with Karen Leivers. Together they enjoyed cycling the city’s outdoors, attending sporting and cultural events, and travel. Bill and Karen also enjoyed visits with his family during weekend visits to Canmore/Banff, and summer excursions to Toronto and Muskoka.

Our family would like to extend our deepest gratitude to the caregivers on Unit 47 at the Tom Baker Cancer Centre. Special thanks to his oncologist, Dr. Alimohamed and his family physician, Dr. Rick Ward. He also received exemplary care from the compassionate team at the Rosedale Hospice, where he spent his final days.

Share Your Memory of
William (Bill)
Upload Your Memory View All Memories
Be the first to upload a memory!
Share A Memory