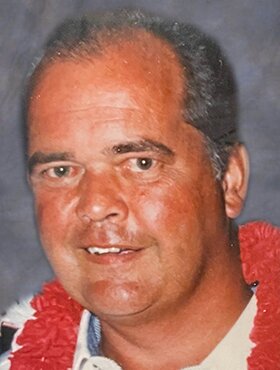 Brian moved to Calgary, AB years later where he started his career with Imperial Oil in Don Mills Ontario as a General Accountant. He then moved to Sydney, Australia where he continued his career as a fixed Asset Analyst for Esso.  Eventually Brian came to Calgary to work with Pacific Petroleum as an Analyst in the sales department. Brian retired after having the pleasure of owning his own Oil Company.

Brian married his second wife, Lillian (Nee Hoskin) and travelled around the world. They mostly frequented Hawaii but had many favorite places.  Hawaii was Brian’s happy place.

Brian will be most remembered for his kindness, privacy, intellect, and his likeness for the game of CRIB; he was nicknamed, “Big Point Brian” by his friends because he was always ready to play and would have “big point” gains.

Brian is pre-deceased by his wife, Lillian, his Mother Laura, and Father John, his brother Jon, and his Aunt, Helena Skinner of Nevada.

The family sends their thanks to the staff at Rockyview Hospital and at Sky view Hospice for their efforts and their compassion.  Condolences, memories, and photos can also be shared and viewed here.