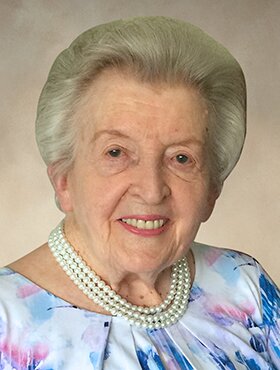 Edna Armstrong, beloved wife of the late Edward Armstrong passed away Jan 20, 2023 at the age of 94 years.

To cherish her memory, she leaves behind her two daughters, Karen (Richard) Hawryluk and Joanne (Brad) Chaloner; two grandchildren, Shane and Derek. Along with her husband Ed, Edna was predeceased by her sister Ellis, as well as brothers, Wayne, Jim, and Herb. Edna was a loving mother and grandmother and will be lovingly remembered and forever missed.

At her request, Edna will follow in Ed’s footsteps and be silently remembered by her family in a private ceremony. Condolences, memories, and photos may be shared and viewed here.

In lieu of flowers, if friends so desire, memorial tributes may be made directly to the charity of the donor’s choice.