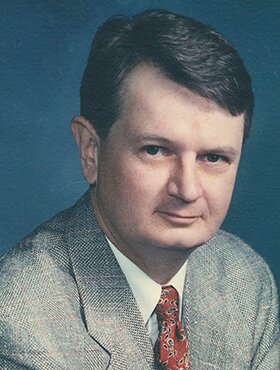 It is with immense sadness the family of Dale Glasgow Sarvis announce his passing on Monday, January 23, 2023, at the age of 71 years.

Born in Hartney, MB and raised in Indian Head, SK, his early introductions to hunting and fishing became lifelong passions for Dale. His pursuit of those interests led to him being awarded a degree in Wildlife Biology from the University of Montana. After his graduation, he went on to enjoy a very successful career in the oil and gas industry in Alberta.

Dale married Anna in 1985. He considered family his biggest success, and he brought his attitude of “do it right or don’t do it at all” to raising children who shared his and Anna’s work ethic and strong values.

A business trip to Japan sparked a love of travelling and solidified his “live large” philosophy of fully embracing experiences and opportunities. In 2012 the whole family celebrated the New Year by watching fireworks explode over Victoria Harbour in Hong Kong.

His mastery in the kitchen, and the many gourmet-feasts he produced, will be remembered with delight (and longing!)

Though he may have been perceived as a man of few words, those who knew him well recognized a man with that incredibly dry sense of humour that so often comes with formidable and keen intelligence.

Dale will be deeply missed by his wife, Anna, his children, Courtenay, Amey (Curtis) and Mathew (Karina); his brother Doug, sister-in-law Collette Caron (Rob Shatzko), his nieces, Jaye (Richard) Lush and Cassidy (Kymber) Caron; and his nephews, Tod (Trish) Sarvis, Travis (Alex) and Chase Craig. He will also be remembered by the friends and acquaintances he met on many golf courses, fishing trips and European river cruises.

At Dale’s request there will be no service, but a family gathering will be announced at a later date. Condolences, memories, and photos can also be shared and viewed here. If friends so desire, memorial tributes may be made directly to Between Friends, www.betweenfriends.ab.ca or to The Alzheimer Society of Calgary; www.alzheimercalgary.com.

Share Your Memory of
Dale
Upload Your Memory View All Memories
Be the first to upload a memory!
Share A Memory
Send Flowers