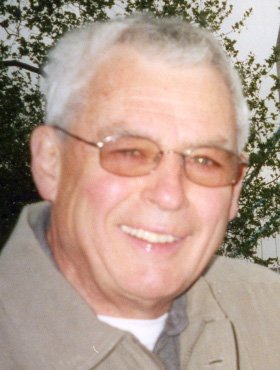 Ron was born in Macclesfield, England to William and Leah Nicholls. Along with his two younger brothers, Roy and Brian, the family moved to Canada in 1946, and made their home in Edmonton. At age 13, Ron attended art school in England for two years. While that ended his formal education, it solidified his love for the arts. At age 15, he was self-motivated and athletic. He became a dance instructor and a club wrestler alongside the legendary Stu Hart. Years later, his love for dance motivated him to serve on the Board of Directors for Alberta Ballet.

In his late teens, Ron became a talented surveyor, sign painter, and architectural specification writer. He went on to become a senior partner in Graham Edmunds Architecture, having a hand in building Calgary landmarks such as the Saddledome, Peter Lougheed Hospital and the Olympic Speedskating Oval. He and his wife Jeanette renovated numerous houses and in his free time, Ron took joy in painting gallery-worthy artworks and designing homes for friends.

A dedicated community volunteer, Ron joined the Kinsmen Club, served on the Boards of Directors for Mount Royal College, Bow Valley College, and Calgary Technologies Inc., and was passionately involved in the 1988 Calgary Winter Olympics, and Calgary’s 2005 World’s Fair bid. Committed to the democratic process, he volunteered as President of the PC Party of Alberta, as well as provided his political expertise to the Federal Conservative Party. Even at age 80, Ron was engaged in provincial and federal politics. With Jeanette, his wife of forty years, Ron loved sailing and tending to the cottage in Windermere. He adored children, chocolate and a cold Corona in Ajo, Arizona.

Ron will be missed by his wife, Jeanette, his children, Bart, Dean, and Pam Nicholls; his granddaughter Chelsea Jordan (Neil), his step-daughter Lynette Markham (Dan), and his many friends. The family would like to thank the caring and compassionate staff at Wentworth Manor and AgeCare Glenmore.

A Celebration of Ron’s Life will be held at McInnis & Holloway (5008 Elbow Drive SW, Calgary) on Tuesday, October 29, 2019 at 2:00 p.m. with reception to follow. Condolences may be forwarded through www.McInnisandHolloway.com. In lieu of flowers, tributes may be made directly to www.alzheimercalgary.ca.

Immediately following the Celebration of Ron's Life in the "Hospitality Centre" at the Funeral Home.

Share Your Memory of
Ron
Upload Your Memory View All Memories
Be the first to upload a memory!
Share A Memory
Send Flowers