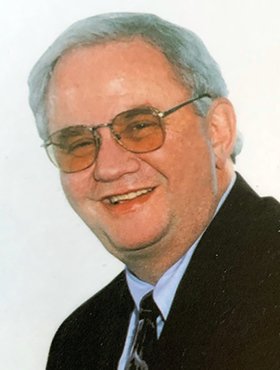 Born January 11, 1942 in Perth, Ontario, he was the son of the late Raymond A. Ritchie and Wilma A. (Tysick) Ritchie.

An internationally-renowned scholar and a pioneer in the field of tourism management, Brent had a passion for research and an incalculable impact on his discipline.  During his career, he authored or co-authored nearly 150 peer-reviewed articles in leading journals, along with over 100 books, book chapters, and monographs.  He also wrote the leading academic textbook on tourism management, and co-wrote its leading managerial text. His most cited work includes contributions to the literature on travel destination image and on competitiveness, service quality, and the impact of mega-events in the tourism industry. Brent also worked with countless doctoral students from across the globe and served on the editorial review boards of the principal journals in the field, ensuring that his legacy will endure for many years to come.

Brent graduated from Queen’s University (B.Sc. ‘63, M.Sc. ‘65) and the University of Western Ontario (Ph.D. ‘71), and held positions at IMD in Lausanne, Switzerland and Laval University in Quebec City. The bulk of his career, however, was spent at the University of Calgary, where he played a key role building the Haskayne School of Business.  During his tenure with the school, Brent held a range of senior positions, including Assistant Dean (Graduate Programs), and Associate Dean (Academic), Associate Dean (Research & Development), and Associate Dean (International Programs). He was also instrumental in the designation of the university as a World Tourism Education and Research Centre in 1989.

In addition to his positions at the U of C, Brent was the founding Chair of the United Nations World Tourism Organization’s Tourism Education and Science Council and Chair of Research for the XV Olympic Winter Games. He was elected president of the Administrative Sciences Association of Canada in 1980-81 and Chairman of the Calgary Tourist and Convention Bureau (now Tourism Calgary) from 1988-90.  He also served on the boards of various tourism organizations and businesses and was a key contributor to the Government of Canada’s groundbreaking Banff-Bow Valley Study.

Brent’s contributions to knowledge and practice have been widely recognized, with honours that include the TTRA Lifetime Achievement Award, the United Nations World Tourism Organization Ulysses Prize, the Tourism Industry of Alberta’s ALTO Award, and the University of Calgary’s Internationalization Lifetime Achievement Award. In 1995, he became the inaugural holder of the U of C's Professorship in Tourism Management. In 2012 he was recognized with the Dean’s Lifetime Scholar Award by the Haskayne School of Business, and in 2015 was named Faculty Professor in acknowledgment of his extraordinary contributions to the school.

Brent leaves behind a legacy of outstanding intellect, dedicated public service, and love of family.

Brent will be lovingly remembered by his wife and high school sweetheart, Rosemary (nee Burstow), who was his mainstay for more than 60 years.  He will also be deeply missed by his son Robin and wife Melanie, and their children Lauren and Nyal (Ottawa); son Mark, Karma, and their children Tyler, Ray, Brooke (Calgary), and Loegen Purdue (Regina). Brent is also survived by his brother Kevin and wife Liz (Ottawa), and predeceased by his brother Lawrence and his wife Shirley.

A Funeral Service, interment ceremony, and Celebration of Life will take place at Bolingbroke Cemetery, near Perth, Ontario, in the spring. Condolences, memories and photos may be shared and viewed on Brent’s obituary at www.McInnisandHolloway.com.

Share Your Memory of
John Raymond “Brent”
Upload Your Memory View All Memories
Be the first to upload a memory!
Share A Memory
Send Flowers