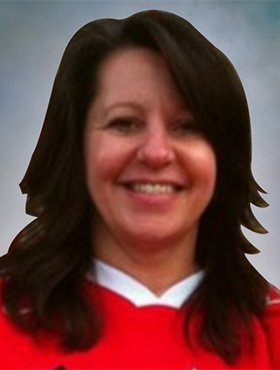 It is with great sadness, that the family of Donna Weiler of Calgary announces her passing after a courageous battle with cancer, on Thursday, February 13, 2020 at the age of 59 years.

Donna accomplished much throughout her life and was most proud of her thirty-seven years of dedicated service with TELUS, starting with AGT in Medicine Hat then on to Edmonton and Calgary.  After retirement she volunteered with Calgary Interfaith Food Bank, Terry Fox Foundation, and Samaritan's Purse.

Donna was passionate about hockey, music, and crazy cats. She was also so proud of her nieces and nephews who brought joy to her life.

Donna was predeceased by her parents, Stan and Eva Weiler.

Funeral Services will be held at McINNIS & HOLLOWAY (Fish Creek, 14441 Bannister Road SE, Calgary, AB) on Friday, February 21, 2020 at 10:00 a.m.  Reception to follow in the Hospitality Centre at the Funeral Home . There will also be a Memorial Service held in Medicine Hat at a later date. Condolences, memories and photos may be shared and viewed on Donna’s obituary at www.McInnisandHolloway.com.

Share Your Memory of
Donna
Upload Your Memory View All Memories
Be the first to upload a memory!
Share A Memory
Send Flowers