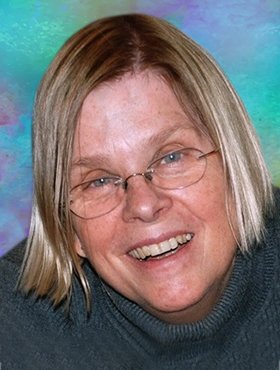 Joan, the daughter of Earl and Ethel Jolley, was born on April 18, 1949 in St Thomas, Ontario. Her early years were spent in rural Ontario until her parents sold the family farm and moved to Toronto and then to Winnipeg where she attended Kelvin High School. At Kelvin she met her future husband, Ashton Embry.

Nursing was in Joan’s blood and it was no surprise that she went on to the University of Manitoba and obtained her Bachelor of Nursing in 1970. Soon after graduation, Joan and Ashton were married and moved to Calgary where Joan joined the Pediatrics Unit at the Holy Cross Hospital. A year later, she obtained a position with the Victorian Order of Nurses which completely fulfilled her need to care for others in a community setting.

In 1976 her first son, Mathew, was born, followed by Dean in 1978 and Duncan in 1980. Joan loved being a mother and chose to put her nursing career on hold and focus on raising her family. While managing the home and molding three adventurous boys, she also had the motivation and stamina to obtain a BSc from the University of Calgary in 1986, and an Advanced Certificate in Gerontology in 1990.

In 1991, Joan returned to nursing at the Rockyview Hospital, followed by a position at Public Health where she was charged with setting up the Northwest Seniors Network. This innovative initiative helped seniors live independently in their communities for as long as possible by providing increased community support. The project was a great success and Joan’s outstanding work was recognized when she received a Calgary Health Region People First Award in 2003.

Another caring initiative Joan spearheaded was the Seniors’ Christmas Dinner which was held on Christmas Day for seniors living alone. This event brought great joy to all the seniors and volunteers who attended and included free taxi rides, a turkey dinner with all the trimmings, caroling, presents, and a visit from Santa. This was an annual event that lasted for 15 years.

In 2004, Joan moved to a job at Calgary Home Care where she spent a decade healing, helping and advocating for seniors. She retired in 2014 as a Home Care Coordinator and received numerous, glowing notes of appreciation from many of the patients she served so tirelessly.

Joan also made important contributions to helping persons with multiple sclerosis. When her son Mathew received the devastating diagnosis of MS in 1995, Joan immediately went into action-mode and she and Ashton devised a science-based, nutrition program to counter the effects of MS. This nutritional therapy has kept Mathew in great health for the last 25 years.

Motivated to take their MS research to the world, Joan was the driving force for setting up a charity, Direct-MS, in 1996 to provide science-based information on the use of nutritional strategies for combatting MS. Tens of thousands of persons with MS have used this information to successfully keep MS well controlled. Her final contribution to the MS community was the recent publication of the Best Bet Diet Cookbook which provides many tips for implementing the Best Bet Diet for MS as well as 125 recipes. Joan’s work in MS had an international impact and, when her passing was announced on social media, thousands of people from all over the world reached out to express their love for her and how she had touched their lives.

In retirement, Joan remained very active and was appointed to the Health Quality Council of Alberta where she continued to promote efforts to improve health care for Albertans. She also enjoyed travelling, gardening, feeding the birds, swimming, and having more time to be with her four, beloved grandchildren, and to volunteer in their schools.

Joan was a very loving, caring and selfless wife, mother, grandmother, sister and friend and will be greatly missed by all those who knew her.

She leaves her immediate family members, Ashton, her husband of 50 years; Mathew and Eun Jung and their children, Claire and Ashton, Duncan and Kim, and their children, Greyson and Samuel, and Dean; as well as her sister Ann, twin brother John, sisters-in law Donna and Nancy, brothers-in-law John and Ron, and four nieces and nephews, to mourn her.

She will be remembered for her kindness, compassion, thoughtfulness, intelligence, and great sense of humour among many other attributes.

Condolences, memories and photos may be shared and viewed on Joan’s obituary at www.McInnisandHolloway.com.

Share Your Memory of
Joan Margaret (nee Jolley)
Upload Your Memory View All Memories
Be the first to upload a memory!
Share A Memory
Send Flowers