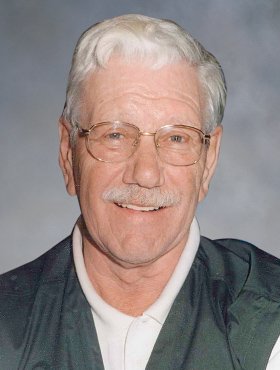 Alexander Vance, beloved husband of Doris Vance (nee Mohns), of Calgary, AB passed away peacefully on Friday, April 17, 2020 at the AgeCare Glenmore, he was 85 years old.

Roy was born August 1, 1934 in Winnipeg, MB. He resided in Winnipeg until he enlisted in the Canadian Armed Forces, attached to the Royal Canadian Army Service Corps; serving 25 years, and multiple cities across Canada. His first posting sent him to Petawawa, ON, where he met Doris, who became his wife of over sixty-four years on September 3, 1955. Roy’s years with the Forces took him to Germany, Calgary, and back to Petawawa. Upon retirement Roy returned to Calgary, where he and his family all lived.

A Private Family Service will be held, due to the current COVID-19 restrictions. A Celebration of Roy’s Life will be held at a later date. Condolences, memories and photos may be shared and viewed on Alexander’s obituary at www.McInnisandHolloway.com.

Thank You to the staff at AgeCare Glenmore for caring for Roy the past four years.

Share Your Memory of
Alexander "Roy"
Upload Your Memory View All Memories
Be the first to upload a memory!
Share A Memory
Send Flowers