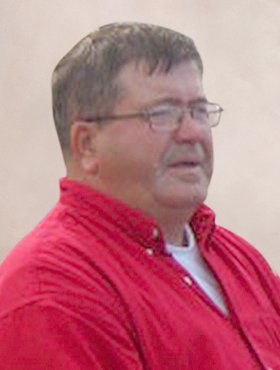 It is with great sadness that the family of Wayne Carroll announce his sudden passing following a heart attack in Calgary on April 15, 2020 at the age of 71 years.

Wayne, the son of the late Dave and Doreen Carroll, was born in Inverness, Cape Breton, on April 8, 1949. Wayne was a talented student and was the class valedictorian when he graduated from Margaree Forks District High School in 1966.  In his early years, he worked in Vancouver and Halifax but was always drawn back to Margaree where he was a school bus driver and worked at the Margaree Salmon Musuem, the Margaree Golf Course and the Margaree Forks Post Office.  A big fan of the Chicago Black Hawks (and especially his hero Glenn Hall) he was also a well-respected local hockey coach. While he lived in Calgary for the past twenty years, his heart belonged to the Margarees where he had many loyal friends and family ties.

Wayne is survived by his sisters, Diane (Allana) of Ottawa and Joanne (John) of North Sydney; his brothers, David (Kathy) of Calgary, Nicholas (the late Raylene) of Margaree Forks, and Patrick (Gisele) of Eastern Passage. He is also survived by his aunts, Marie Rizzo of Waltham and Clara Thomas of Halifax, and his special cousin Sadie Ann Frye of Halifax. Wayne also leaves behind numerous cousins, nieces and nephews, and many friends in Calgary, Cape Breton, and beyond. Wayne was well-loved by all who knew him and, while stubborn at times, he was known as a kind, caring person. He will be missed.

A Celebration of Wayne’s Life will be held in Margaree as soon as circumstances allow. In Wayne’s memory, donations can be made to the Calgary Food Bank https://www.calgaryfoodbank.com/donate/ or one of the Cape Breton food banks.   Condolences, memories and photos may be shared and viewed on Wayne’s obituary at www.McInnisandHolloway.com.

Share Your Memory of
John "Wayne"
Upload Your Memory View All Memories
Be the first to upload a memory!
Share A Memory
Send Flowers