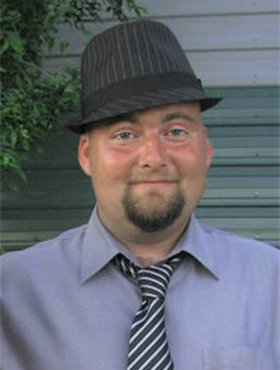 Mathew was born on May 4, 1984, at the General Hospital in Calgary, AB;  an only son to Laurie Coghill and baby brother to older sisters, Michelle and Melissa.

Growing up, Mathew was a smart boy with a big heart. Passionate, yet shy; he kept to himself most of the time. Those closest to Matt were fortunate to see his comic and outgoing character; he was always one to make you laugh especially when it was the last thing you thought you needed, Matt knew better; he was witty and sharp, quickly responding with a sarcastic, funny and often hilarious remark.

Mathew enjoyed many hobbies, fishing, gaming, and building things. He dreamed of moving to the Philippines and owning a farm with his family.

Mathew was an affectionate father and spouse, loving his family more than himself. He was a loyal employee for many years and was proud of his job. He started in underground utilities and worked up to trenching and heavy machine operation. In February 2007, he attended a North American Case Equipment Rodeo where he came in 11th in equipment operation (he would have won if it weren’t for his fancy moves and that last attempt at a slam dunk with a backhoe) ;) Mathew was well known and established within the construction industry; people enjoyed working with him and often tried to get him for their crew. Mathew aspired to become an Aircraft Mechanic and aimed to attend SAIT to acquire certification.

Mathew is predeceased by his grandfather David Coghill; and uncles Kevin Coghill and Ben Glowatski.

A Private Family Service will be held at McINNIS & HOLLOWAY (Fish Creek, 14441 Bannister Road SE, Calgary, AB) on Monday, May 4, 2020. A Celebration of Life will be held at a later date. If friends so desire, in lieu of flowers, the family asks that you consider donations to the Go Fund Me page set up for Rutche and Rita.

Condolences, memories and photos may be shared and viewed on obituary at www.McInnisandHolloway.com.

Share Your Memory of
Mathew
Upload Your Memory View All Memories
Be the first to upload a memory!
Share A Memory
Send Flowers