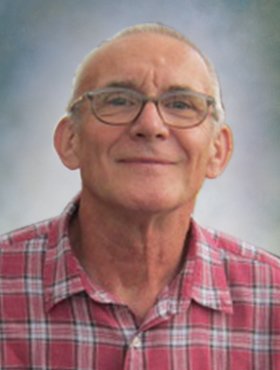 It is with great sadness that the family of Czeslaw Piszczalka announce his passing after a long and courageous battle with pancreatic cancer on Friday, May 15, 2020 at the age of 66 years.

Czeslaw was born on April 19, 1954 in Bytom, Poland to Andrzej and Waleria Piszczalka. He received his education from a trade school specializing in ironworking and heavy machinery mechanics. Czeslaw met his wife, Bozenna in 1980 on a backpacking trip in the Tatry Mountains and they were married in 1981 and he subsequently moved to Warsaw where she lived. Bozenna gave birth to their daughter, Agnieszka in 1983. Czeslaw worked in Warsaw until 1986 where he made the difficult decision to leave Poland to seek a better life abroad for his family. In 1986, he received refugee status and travelled to Athens, Greece where he worked for a year awaiting his Visa to Canada. He landed in Canada in February 1987 and arrived in Saskatoon for a few days until he ultimately decided on permanently living in Calgary. His wife and daughter joined him in Calgary in May 1988 after he spent the year saving to sponsor them to come to Canada. Czeslaw worked various jobs until 1992, when he founded his company, York Tiles and continued to run his business to just a couple months before his passing. Czeslaw was a devoted family man who had a passion for life and was a very soulful individual, most of his life philosophies came from the Dalai Lama whom he was fortunate enough to see at a speaking engagement a few years ago. He was also a man who was passionate about sport. He ran marathons multiple times in his life and had a deep passion for hiking and bicycling. He was most proud of his family, but he was also immensely proud of his home. He purchased his very first home in Calgary in 2004 and spent most of his spare time renovating and improving his home. He renovated the inside of his home earlier on and spent the last few years working on the landscaping and garden around the house. He loved sitting in his garden with his wife on Calgary summer nights.

Czeslaw touched the lives of many around him and will be dearly missed.

Besides his loving wife, Bozenna, Czeslaw is survived by his daughter and son-in-law, Agnieszka and Karel.

A Private Family Service will be held. Condolences, memories and photos may be shared and viewed on Czeslaw’s obituary at www.McInnisandHolloway.com.

A heartfelt thank you to all the home care workers from Alberta Health Services and to the all staff at Southwood Care Hospice for their compassion and support in the last few weeks of his life.

Share Your Memory of
Czeslaw
Upload Your Memory View All Memories
Be the first to upload a memory!
Share A Memory
Send Flowers