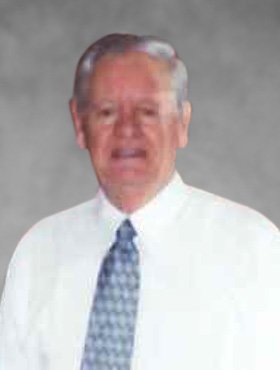 Daniel Hergert, beloved partner of Vaneeta Davies, of Calgary, AB, passed away on May 18, 2020 at the age of 97 years.

Daniel was born in Burstall, SK, on July 13, 1922. He joined the Armed forces in 1940, and was stationed overseas. Daniel met Vaneeta Davies in 1982 and they started their lives together. Daniel joined the Calgary Fire Department in 1947, he became Captain Daniel Hergert after his hard work within the department. He retired in 1979. Daniel accomplished much through his life and was particularly proud of being a firefighter. Daniel enjoyed holidaying with Vaneeta, travelling to many adventurous places. Daniel’s favourite quote was “better day tomorrow”. He will be most remembered for being a kind, and loving person who everybody enjoyed being around.

Condolences, memories and photos may be shared and viewed on Daniel’s obituary at www.McInnisandHolloway.com.

Share Your Memory of
Daniel
Upload Your Memory View All Memories
Be the first to upload a memory!
Share A Memory
Send Flowers