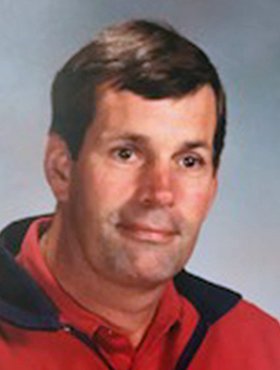 It is with deep sadness and shock that we announce the passing of Paul Stratton Humphrys, suddenly at home, on Sunday morning, May 24, 2020 at the age of 78 years.

Paul was born in Vancouver, BC, on January 12, 1942.  His family moved to Calgary when he was 14 and has lived there ever since.  He always had a heart for Vancouver and loved living and just being by the water.  He attended Balmoral Jr. High, Crescent Heights High School and U of C, graduating with a degree in education.  He began his teaching career in 1966, retiring in 2001.  He and Marlene began dating at the end of grade twelve, married in 1964 and would have celebrated 56 years of marriage in August.  They were blessed with three daughters and eventually eight granddaughters. Paul was so proud of all his girls!

Most of his career was spent in the gym, teaching, coaching and shooting hoops when there was time.  Many lasting friendships were forged along the way and continue to this day. Often someone would approach him, even in distant places, and ask, “Are you Mr. Humphrys?  You taught me phys. ed.”

Summers at Shuswap Lake will be remembered forever, especially by the future sons-in-law who had to prove their worth with their abilities to hammer and build, chop down the occasional tree, haul wood, carry back breaking loads and dig holes.  Even after passing the test, work for the boys continued when their families visited.  It wasn’t all work.  Paul enjoyed all the water sports, boating, having friends and family spend time with him and Marlene and reading on the deck.

In retirement Paul and Marlene were able to travel a lot and enjoyed faraway places they never thought they would get to see, sometimes on their own and sometimes with dear friends.

Paul leaves behind the love of his life, Marlene; Amanda and Rod Iwanow, Arden and Emily; Lisa and Perry Sellars, Erin, Alyssa, Tara and Robyn; Tanya and Chris Molcan, Riley and Parker; brothers – Peter and Claudette of Vancouver, BC, Noel and Carol and their families of Brisbane, Australia.  He will be missed and remembered by many dear friends.

A private family service will be held sometime in the future at St. James Anglican Church, Calgary, AB.

If friends so desire, in lieu of flowers, memorial tributes may be made online directly to the EMS Foundation of Canada http://emsfoundation.ca/what-you-can-do/donate/ or Calgary Firefighters Charitable Foundation https://calgaryfirefighters.org/index.php?26-calgary-firefighters-charitable-foundation. Condolences, memories and photos may be shared and viewed on Paul’s obituary at www.McInnisandHolloway.com.