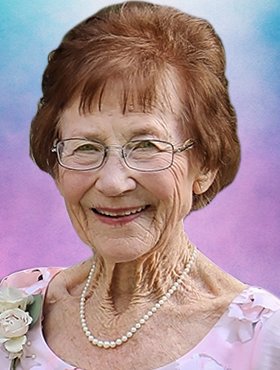 Marian H. Hay of Calgary, AB passed away on Tuesday, June 9, 2020 at the age of 91 years. She is the loving mother of Bev, Linda (Roger Whitworth), Bill (Jane), Doug (Anne) and Scott (Cecilia); grandmother of Katie, Erin (Dave Hiemstra), Rebecca (Tom From), Thomas (Alex Reed), Alana, Samantha Hay, Clayton Thompson and Allison and Mark (Christel) Whitworth; and great-grandmother of William and Andrew Hiemstra.  She was predeceased by her husband Bill in 1989, and sister Jean Vandervalk.

Mom grew up grew up ½ mile north of Bethune, SK on the farm. After graduating high school Mom became a Lab Technologist and worked at the Grey Nuns Hospital in Regina. Mom published a paper on The Treatment of Acute Leukemia which she presented in Boston and then became the head of Haematology at the Hospital. Mom’s love of travel started in 1951 when she ventured off on the Greyhound with a friend to Mexico stopping during the day to visit Labs and travelling at night to get to their vacation destination.  Throughout the years she travelled the world enjoying many winters down south with friends, but also seeing Asia, Australia, New Zealand, most of Europe and an 80th birthday trip to Africa. She made friends everywhere she went.

Mom and Dad were married October 31st 1953, the first Saturday after the last Roughriders home game. She was a “Saskatchewan Oil Bride” and moved to Calgary in 1960 with dad and 3 kids in tow. Two more boys arrived in the coming years.

They enjoyed many years golfing at Canyon Meadows GCC and later Shuswap Lake Estates GC. Mom and Dad bought a house in Blind Bay in the Shuswap and mom spent her summers surrounded by children and grandchildren, enjoying the lake and Slush on the deck. The first thing everyone would do upon arriving at Mom’s (Grandma’s) was head for the chocolate chip cookies in the kitchen or the Smarties in the candy dish.  Her family were the most important part of her life. The door was always open to the many friends Mom and Dad had. In her later years she learned to play bridge and played often with friends.

Mom’s infectious smile and genuine interest in people endeared her to all she met. She will be dearly missed by her many family and friends.

Due to Covid restrictions a small family service will be held with a celebration of life at a future date. Condolences, memories and photos may be shared and viewed on Marian’s obituary at www.McInnisandHolloway.com.

If friends so desire memorial tributes may be made directly to the Bethune Cemetery Fund, PO Box 172, Bethune, SK S0G 0H0, Alberta Heart and Stroke Foundation or to the Alberta Cancer Foundation.

Our sincere thanks to Dr.’s Traynor and Banijamali for their wonderful care.