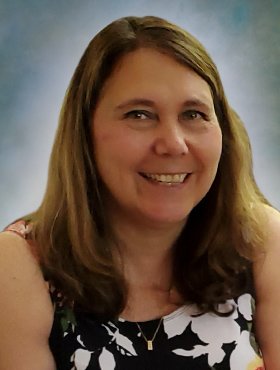 Claudette Deborah Craigen, beloved wife of Stan Craigen, of Powell River, BC, passed away on Thursday, June 11, 2020 at the age of 65 years in Calgary, AB. Claudette’s tragic passing was very sudden and unexpected due to a heart attack caused by coronary artery disease (Atherosclerosis).

Claudette was born in Quebec City, QC, on May 30, 1955. As a child Claudette moved around a lot, as her father was in the Armed forces and was stationed all over the world; including time in Langar, UK, Winnipeg, MB, and Senneterre, PQ.  The family then camped all the way from Quebec to Comox with no housing yet lined up after Norm was posted to CFB Comox in 1970. The six members of her family camped at Ryan’s Campground before finding a two-bedroom house on 1st Street, Courtenay, BC, later upgrading to a small three-bedroom in Comox, BC. Later they upgraded to a large three-bedroom at Comox Air Base PMQ’s where she graduated high school. After graduation she moved to Campbell River, BC, to start working with the CIBC and rooming with her girlfriend Wendy.

Stan and Claudette met when she was 14 and he was 16 at Georges P. Vanier high school in Courtenay, BC. After awhile of beating around they bush they started dating in Campbell River, BC. They quickly fell deeply in love and eventually they married on the Air Forces Base in Comox on August 30, 1975 and moved a mobile home to Campbell River. Stan got a job at the Powell River paper mill and they purchased their “forever” house moving there in 1978 to settle down and start their family.

Claudette spent thirty-two years working her way up from teller to bank branch manager at the CIBC in Powell River until she retired in 2006. Shortly afterwards she started her second career at Canadian Tire working her way up to store manger until eventually retiring again in 2018.

Claudette enjoyed sewing, gardening and interior decorating. Her love for animals was second to none… except for snakes that is, not snakes. She loved shopping and could never turn down a good deal. However, her real passion was her family and friends as she always went over the top entertaining and just helping in any and every way that she knew how… and even in ways she didn’t know how.

Claudette was the treasurer of the PRACL Organization in Powell River for several years. She volunteered for countless CIBC sponsored events though her years with them. She started volunteering for the Kathaumixw Choral Festival in support of her kids for several years but continued to do so well after they were no longer in the festival. Her love of sewing kid’s clothes and doing crafts lead her and three of her close friends to start the Cottage Industry Craft fair, which ran for many years. She was also highly involved in the dry grad committees for her two sons’ graduations.

Claudette accomplished much through her life and was particularly proud of her kids and grandkids. She will be missed by many people and will be most remembered for the amazing, caring person that she was.  She was always eager to please or do anything to help family and friends.

Besides her loving husband Stan, Claudette is survived by two sons, Michael of Calgary, AB, and Stephen of Burnaby, BC; daughter-in-law, Justine of Calgary, AB; and her three grandchildren, Sylas, Tayva and Maze of Calgary, AB.  Claudette is also survived by her brother and sister-in-law, Gary and Christina Girard of Courtenay, BC; two sisters and brother-in-law, Sue Barrett of Nanaimo, BC, Sandi Girard and Danny Warden of Winnipeg, MB; as well as numerous nieces, nephews, cousins, and friends. Claudette was predeceased by her father, Normand, and mother, Marion “Midge”.

Claudette’s family invites you to celebrate her life with them at Stan and Claudette’s place, at Black Point in Powell River, BC, on Saturday, June 27, 2020 from 1:00 to 4:00 pm.

Condolences, memories and photos may be shared and viewed on Claudette’s obituary at www.McInnisandHolloway.com.  Claudette’s family strongly encourages everyone to share as many photos, videos and memories of her on the McInnis and Holloway website as they can.

Share Your Memory of
Claudette
Upload Your Memory View All Memories
Be the first to upload a memory!
Share A Memory
Send Flowers