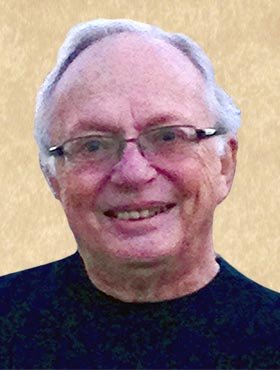 Weston Lee, beloved husband of Debbi Annand of Calgary, AB, passed away on Tuesday, June 16, 2020 at the age of 74 years.

Wes was born in Calgary, AB, on March 7, 1946. Wes graduated from the University of Calgary with a Bachelor of Commerce degree. He met the love of his life, Debbi in 1997 and they were married on July 6, 2002. Wes enjoyed the time he spent golfing with friends, as well as loved walking and playing with his dogs. He loved going to see his grandchildren play soccer and went to as many games as he could. His dogs, Kathy and Josh, were always with him. Christmas was his favourite time of year. He insisted on playing Santa and giving everyone gifts. Wes’s most memorable vacation was when he took Josh and Kathy camping at San Lois Obispo.  He would take them to the beach and play with them, throwing sticks so they could swim. They would spend hours at the beach doing this. Wes’s favourite saying was “I told you so”. He will be most remembered for his quick wit, sarcasm and extremely dry sense of humor.

Besides his loving wife Debbi, Wes is survived by his mother, Ruth Lee of Calgary, AB, daughter and son-in-law, Laura Lee Pfister and Mike Pfister of Calgary, AB; son and daughter-in-law Michael Lee and Nicole Durham of Calgary, AB ; step-daughter and son-in-law, Jennifer and Patrick Heeley of Amherstburg ON; step-son and daughter-in-law, Sean Brause and Melissa Caron of Edmonton, AB; and six grandchildren, Raya Lee, Cayden Pfister, Sophie Pfister and Calem Lee of Calgary, AB, and Devyn Nichols and Ashley Heeley of Amherstburg, ON. Wes is also survived by his mother-in-law and father-in-law, Barbara Annand and John Barclay of Ottawa, ON; and his sister-in-law and brother-in-law, Catherine Annand and Tom Morke of Woodbridge Virginia, as well as numerous cousins, and friends.

Funeral Services will be held at McINNIS & HOLLOWAY (Fish Creek, 14441 Bannister Road SE, Calgary, AB) on Friday, July 10, 2020 at 2:30 pm.  Reception to follow in the Hospitality Centre at the Funeral Home. Condolences, memories and photos may be shared and viewed on Wes’s obituary at www.McInnisandHolloway.com.

Share Your Memory of
Weston
Upload Your Memory View All Memories
Be the first to upload a memory!
Share A Memory
Send Flowers