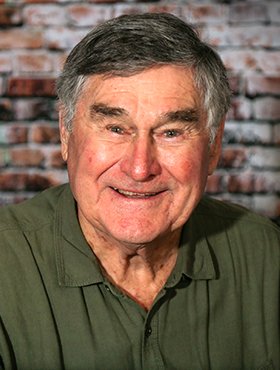 Robert Stanley Hay (Stan) of Calgary, AB, passed away peacefully, surrounded by family on Saturday, July 18, 2020 at the age of 83 years.

Stan was born in Peace River, Alberta on December 11, 1936 to Robert and Lillian Hay. The family lived in Swalwell, and Cayley before the settling in Calgary.

Stan met his wife Grace while she was on a date with his best friend.  He had offered to drive them to the drive-in movies. Stan and Grace married in May 1959 and lived in Calgary, Brandon, Edmonton and finally moving back to Calgary.  They raised their two children, Rob and Carolyn in Kingsland, Willow Park and finally Maple Ridge communities.

Stan developed a love for baseball at age 6 and he had many fond memories of sharing the love of the game with his Dad, Bob Hay and his son Rob Hay. In 1974 Stan got involved in umpiring and this is where he really flourished. After a 26-year career he retired as an Active Umpire in 1999, at that time he received the annual Legends Award from Calgary Softball Umpires Association. Stan was inducted in Softball Canada Hall of Fame April 2012. An accomplishment he was very proud of. He had many, many good friends through the game that he kept in touch with throughout the years.  He had a memory like a steel trap and could remember most everyone he met.  A highlight was going to New York with his son Rob to see the Yankees play their last week of baseball at the old Yankee stadium in 2008.

While growing up, his parents ran several small grocery stores and that is where Stan honed his customer service skills. He worked for Niagara Finance, Mercantile Bank, Brasso Datsun, and ending his official working career at CIBC, in the Dealer Plan Department.

He was a man who never retired. At the time of “retirement” he took on another role, this one was his pride and joy and one he held until his passing. With his most trusted and beloved friend Sandra Wells, together they built a business out of beeswax candles, soaps, essential oils, lotions etc. Starting at farmers markets, then tradeshows and finally having their well-known business in the tiny yellow house on tenth street in Kensington, known as “The Beehive”. Stan was the man behind the counter, he had a knack for his own brand of customer service and made a lot of friends over the years.

He was predeceased by his parents Robert and Lillian Hay and a baby sister.

Share Your Memory of
Stan
Upload Your Memory View All Memories
Be the first to upload a memory!
Share A Memory
Send Flowers