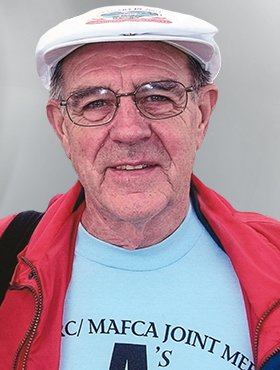 It is with great sadness that the family of James Callander of Calgary, AB, announce his passing on Sunday, July 19, 2020 at the age of 83 years.

Jim was born in Hartney, MB, on February 26, 1937. He lived there and in Elgin as an only child of Sadie and Russell Callander. He graduated from Brandon College in 1958 and worked as a geophysicist for Geophysical Services Incorporated and then Sonics Exploration, which led him to work in many different places in Canada and the USA. Jim married his wife Mary in 1961 and moved to several different homes in the first years of marriage. While in Texas, their son Gary was born. They later welcomed their daughter Lynn in Calgary and eventually Jim and his family settled in Southwood in 1965. While living in Calgary, Jim’s work as a geophysicist brought him to the Northwest Territories for weeks at a time, where he gathered many stories that he told over the years to his family. Jim was an active member of the Stampede City Model A Ford Club after restoring his own 1928 Model A, along with his son, Gary. He enjoyed spending many of his weekends snowmobiling and hunting at his log cabin, which he and Gary built on his land near Cremona, AB.

Besides his loving wife, Mary, Jim is survived by his children, Gary (Bobbie) and Lynn (Keith); and four grandchildren, Jill, Vicky, Michael and Paul.

Funeral Services will be held at McINNIS & HOLLOWAY (Fish Creek, 14441 Bannister Road SE, Calgary, AB) on Friday, July 24, 2020 at 2:00 p.m. Reception to follow in the Hospitality Centre at the Funeral Home. Condolences, memories and photos may be shared and viewed on Jim’s obituary at www.McInnisandHolloway.com.

Share Your Memory of
Jim
Upload Your Memory View All Memories
Be the first to upload a memory!
Share A Memory
Send Flowers