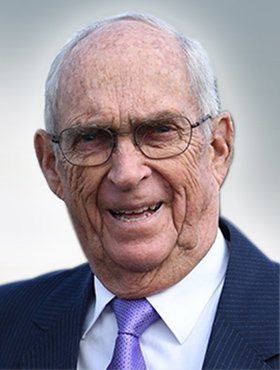 William Stephen (Bill), FCA, beloved husband of June Stephen of Calgary, AB, passed away on Sunday, July 19, 2020 at the age of 86 years.

A native Calgarian, Bill descended from early Scottish immigrants to the city, grew up during the depression and war, and went on to play an integral role in the development of the City's business community.

After graduating from U of A in 1954, Bill articled with the Winspear Group, received his CA designation, became a partner with the firm and went on to co-found Stephen-Johnson, the province's foremost utility accounting practice.  In 1978 he was elected president of the Institute of Chartered Accountants of Alberta and later received a number of distinguished service and alumni awards from both the Institute and U of A.

Bill was a founding member of St. Giles Presbyterian Church, served as an elder and moderator of the Presbytery of Calgary-McLeod and volunteered his time and expertise to a number of charitable organizations.

A keen golfer, Bill spent 60 years refining his handicap at Canyon Meadows Golf Club.  In the off season, he skied, travelled extensively and indulged in a passion for fine woodwork.  Detail oriented and finicky by nature, he was a natural craftsman, producing a collection of intricate furniture much prized by his family.

Bill met June Kelly, the love of his life, at the baptismal font when the two where christened as infants.  Together they attended Stanley Jones public school before June moved to Vancouver.  Reconnecting after university, they married in 1959, built a house in Varsity and raised three children.

Bill will be remembered for his terrible puns, his preposterous stories and his kind and gentle heart.

Due to the Pandemic, the Funeral Service will be a small family-only affair.  Condolences, memories and photos may be shared and viewed on Bill’s obituary at www.McInnisandHolloway.com.

Services for William STEPHEN
There are no events scheduled. You can still show your support by sending flowers directly to the family, or planting a memorial tree in memory of William STEPHEN.
Visit the Tribute Store