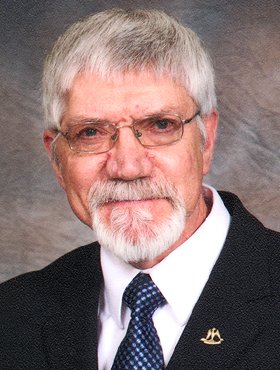 In lieu of flowers, donations in his memory can be made to Richard’s favourite charity, The Sisters of the Precious Blood (2715 Erlton St SW, Calgary AB, T2S 2W4).

We are greatly saddened to announce that after a short but valiant battle with lymphoma, Richard Krickler died in the comfort of his home on Monday afternoon at the age of 76.

Born during WWII in Fiume, Italy (now Rijeka, Croatia), Richard overcame various health problems as an infant, as well as later in life. After the war ended and Fiume was no longer Italian, the displaced family ended up in a refugee camp in Germany. They eventually immigrated to Timmins, Ontario in 1951, becoming proud Canadians.

Richard met Rosemary, his wife of 47 years, while working on a BA and MA in Russian and American history at the University of Toronto. After teaching at Ryerson, then working in market research for a few years, Richard and Rosemary moved to Calgary. There, he joined Canada Post, where he spent over thirty years working “under God’s sky” and building friendships with colleagues and customers, often supporting the former as a Union Shop Steward.

In retirement, Richard was able to travel, including a prized visit to his place of birth. He continued his lifelong passion—writing poetry and short stories—and enjoyed reading, listening to music, and keeping in touch with friends and family. He was a longtime member of the Knights of Columbus and an usher at Holy Name Church, and was involved with Sacramental Preparation and Youth Ministry for many years prior.

Richard was predeceased by his father, Giuseppe (Joe) Krickler and mother Franca (Del Bono) Krickler. He will be greatly missed by his wife Rosemary, his daughters Marina (Craig) and Alysa, as well as his siblings Odette (Maurice), Claudio (Janet), and Sergio (Willie), in addition to his in-laws, nieces and nephews, plus a grandchild due in 2021.

A small private funeral will be held at Holy Name Catholic Church on Friday, July 31st, with a larger celebration of life planned for spring or summer of 2021.

In lieu of flowers, donations in his memory can be made to Richard’s favourite charity, The Sisters of the Precious Blood (2715 Erlton St SW, Calgary AB, T2S 2W4).

Share Your Memory of
Richard
Upload Your Memory View All Memories
Be the first to upload a memory!