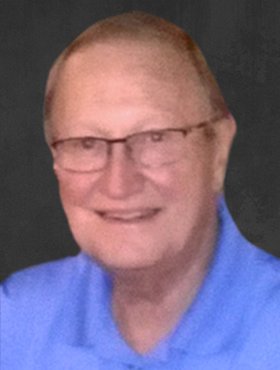 With great sadness and heartfelt memories we announce the passing of our loving and devoted husband, father, grandfather and friend to all, who passed away peacefully in his sleep. He will be dearly missed and will live in all of our hearts forever.

Cal was born in Cardston, AB and lived in various small towns throughout Alberta and Saskatchewan in his youth, as his father was employed by the Canadian Pacific Railway. After completing his education in Medicine Hat, Cal moved to Calgary where he met and married the love of his life Wanda, and raised their family. Pursuing his dream, Cal joined the Calgary City Police force in 1973 and was very proud and honoured to serve for over thirty-five years. Throughout his life and career with the City Police he made many, many lasting friendships and bonds; he truly was a friend to all he met.

Cal was a natural athlete and played sports in High School which led to his passion for running. Cal was proud to have completed four Jasper-Banff Relays, fifteen Calgary Police Half Marathons, and four Mother’s Day Runs.  Cal also had the honour of participating in two events (racquetball and squash) at the World Police & Fire Games in 1997 with his “partner in crime” on and off the courts, Robin Greenwood.

It was a good thing Cal ran so much and often because he sure did have a love for food. Cal was known for his Big Sunday Breakfast and of course his “Cal’s World Famous…. (Fill in the blank). He loved to BBQ and cook for all his family and friends but especially for his grandkids.

Cal was a two-time cancer survivor.  He battled and beat Lymphoma in 2007 and again Brain Cancer in 2019 with the help of a stem cell transplant.  He was the strongest person we ever knew and truly is our hero.

With the passing of Cal our time will stand still… literally. He constantly amazed us with his recollection of events, dates, times, and even what the weather was on such events, dates and times. He remembered it all and will take all those wonderful memories fondly with him.

The best way to honour Cal is to remember him. Remember him with a song, a scotch, a beer, a place, a time or memory… remember him and he will be there.

Cal enjoyed golfing, riding his motorcycle, BBQ’s, spending time with his family and friends, boasting about his grandkids and his everyday walk with his trusted four-legged companion, Savanah. Quick witted, generous and kind he was always willing to lend a hand, share a beer, tell a joke or just listen.   He loved to travel and visited an impressive number of worldwide destinations with his loving wife, family and friends.  He truly loved to live and lived a wonderful life.

Cal will be deeply missed and lovingly remembered by his wife, Wanda, their three children, Jason, Tara (Jose), and Sean; and was the proudest grandpa to Veronica, Mateo, and Eloissa.  He is also survived by his mother Viola, his three sisters, Charlene, Judy, and Kimberly; his extended family, Shirley (Jim) and Wendy (Dan); and his many beloved nieces and nephews. Cal was predeceased by his father Weldon Metcalf.

Due to current gathering restrictions, a Celebration of Life service will be held at a later date. Condolences, memories and photos may be shared and viewed on Calvin’s obituary at www.McInnisandHolloway.com. If friends so desire, in lieu of flowers, memorial tributes may be made directly to a charity of your choice.

Our family would like to take this opportunity to express our gratitude for all the love, support and condolences we have received.

Share Your Memory of
Calvin
Upload Your Memory View All Memories
Be the first to upload a memory!
Share A Memory
Send Flowers