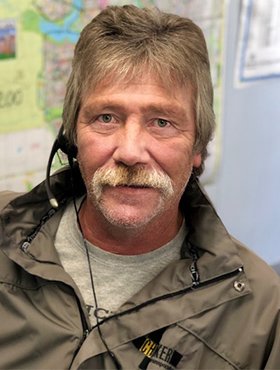 Jim Vance, beloved husband of Kimberly (nee Good) of Calgary, AB, passed away on Wednesday, October 14, 2020 at the age of 60 years.

Jim was born on June 3, 1960.  He had numerous jobs throughout his life such as a Dickie Dee (Ice cream Driver), a cashier at Loaf n Jugg, up north on a Seismic Blasting Crew, before becoming a Taxi driver first for Mayfair then Red Top & Yellow Cabs for almost 9 years in total.  After getting married in 1992 he started a Taxi Dispatching position with Red Top & Yellow Cabs for approx 5 years and then transferred to the Checker Transportation Group as the company was bought out.  He also worked part time for many years for Tubbys Hot Tubs and Party Rentals in between his fulltime job. He also volunteered a lot of his time doing different errands, deliveries etc…for whomever, where ever, whenever needed. Jim enjoyed golf, hockey, bowling, watching any sports and tent camping with his family. He was particularly proud of his White Hat - Doug Johnson Service Award that he humbly received on May 17 2018. A proud golfer and just after his 50th Birthday he got his Hole in One at Banff Springs Golf Course on Hole 10. His new nickname was Ace. Jim took a great deal of pride in his home and cutting his lawn and creating his Happy Place sitting in his gazebo. He had a special way of making everyone feel welcome whether they were family, friends or just random strangers. His most memorable vacation was a Jamaica trip with his lovely wife - courtesy of his Hole In One at Banff springs.

Besides his loving wife Kimberly, Jim is survived by his two sons, Derek and Shane; mother Doris, two sisters and brother-in-law, Heather Rogers and William, Belinda and Dan Thomas; brother and sister-in-law, Wayne and Elaine Vance, as well as many other extended family members (far too many to name) and of course his  cat Jamal (Jmart). Jim was predeceased by his father Alexander Roy Vance (April 2020).

In lieu of the events going on at this time and having a limited amount of people to attend, please take this time to celebrate Jim’s life and to not cry over him as he would have wanted.

A celebration of life will be held on a future date.

Funeral Services will be held at McInnis & Holloway (Park Memorial, 5008 Elbow Drive SW, Calgary, AB) on Wednesday, October 21, 2020 at 2:00 p.m. Condolences, memories and photos may be shared and viewed on Jim’s obituary at www.McInnisandHolloway.com. The family would like to thank all of the people that touched Jim’s heart.